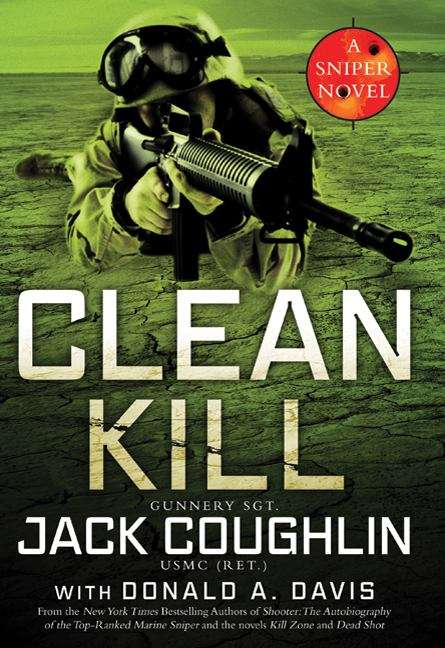 On the heels of the New York Times bestselling Kill Zone and Dead Shot comes the most thrilling installment of the Kyle Swanson sniper saga yet. An attempt at peace in the Middle East is brutally shattered. Only Swanson can find out who is responsible, and why, before the world plunges into war.

At an ancient castle in Scotland, Sir Geoffrey Cornwell is brokering an unprecedented peace agreement. Prince Abdullah of Saudi Arabia and the Israeli foreign minister are ready to sign a historic treaty--until their meeting is crushed by a missile strike that leaves the foreign minister of Israel dead and the prince wounded.

Gunnery Sergeant Kyle Swanson is running covert missions in the mountains of Pakistan when he's called to the United Kingdom, and he arrives just as there is a follow-up terrorist attempt to kill the prince. The attackers aren't working for Al Qaeda--they are employed by foreign operatives determined to overthrow the government of Saudi Arabia and take the Saudi oil reserves by whatever means necessary. Meanwhile, out of hiding comes Juba, one of the most dangerous terrorists in the world. Juba is determined to exact revenge on his nemesis Swanson, who nearly took his life.

With scenes of tremendous suspense that span the globe, Clean Kill puts Kyle Swanson in the sights of a group whose greed and vengeance have no limits. That ruthless ambition, however, also brings them into Swanson's sights, which is the wrong place to be.