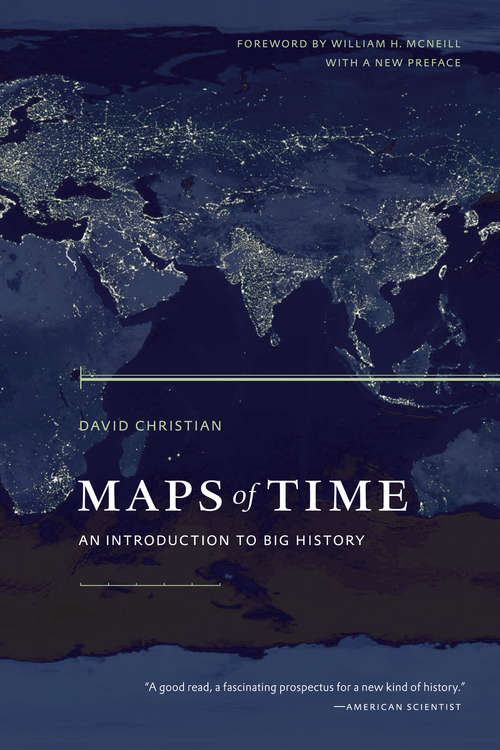 An introduction to a new way of looking at history, from a perspective that stretches from the beginning of time to the present day, Maps of Time is world history on an unprecedented scale. Beginning with the Big Bang, David Christian views the interaction of the natural world with the more recent arrivals in flora and fauna, including human beings. Cosmology, geology, archeology, and population and environmental studies—all figure in David Christian's account, which is an ambitious overview of the emerging field of "Big History." Maps of Time opens with the origins of the universe, the stars and the galaxies, the sun and the solar system, including the earth, and conducts readers through the evolution of the planet before human habitation. It surveys the development of human society from the Paleolithic era through the transition to agriculture, the emergence of cities and states, and the birth of the modern, industrial period right up to intimations of possible futures. Sweeping in scope, finely focused in its minute detail, this riveting account of the known world, from the inception of space-time to the prospects of global warming, lays the groundwork for world history—and Big History—true as never before to its name.