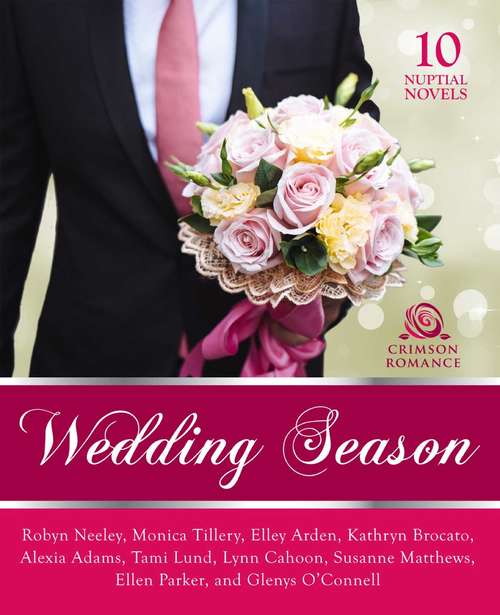 Wedded bliss or marriage misery? Forever simply doesn't have the right ring to it for these ten couples . . . until love unexpectedly leads them strolling down the aisle. With tuxes and trains, turmoil and tenderness, this collection is just in time for readers ready to tie the knot.Holiday Wedding: Weddings are bad luck for Drew Cannon. After being dumped by his own fiancée a year ago, he retreated to Tokyo to throw himself into the family toy-making business. Now he's returned home for the holidays and is forced to team up with his ex to plan last-minute nuptials for his twin brother. Will working together mend and reunite their broken hearts?The Confection Connection: Baker Carly Piper's only way to save her bakery is to partner with her rival from a TV reality show to produce a wedding cake for a wealthy bride. Is this a half-baked proposal, or will love be the icing on the cake?Battling the Best Man: Dr. Kory Flemming can't say no to returning home for her best friend's wedding. Trouble is, Will Mitchell, the only man smart enough to keep pace with Kory in high school, is the best man, and he's up to his usual flirtatious tricks. Can they set aside their rocky past to make a new future together?Bride by the Book: Small-town Arkansas attorney Garner Holt badly needs an assistant to sort out his cluttered office, but he didn't expect a super-secretary like Miss Angelina Brownwood. She's perfect until an online search reveals a flaw: Angelina isn't a secretary. But does her secret mean he can't make this unique woman his for life?An Inconvenient Love: To expand his real estate business, Luca Castellioni needs an English-speaking secretary and a wife, so he strikes a bargain with pretty stranger Sophia Stevens. She's fascinating, and soon he wants more marriage and not so much convenience in their agreement. Too bad his new wife has reconstructed her own life without him.Naked Truth: Special Agent Jack Boudreaux is a man who's always looking for a good time - no strings attached - and what better place for a pick up than a wedding? That's fine with Kennedy St. George, whose ex-husband burned her emotionally and financially. But when Jack's FBI assignment sends him undercover at a male strip club in her city, their one-night stand becomes an affair that distracts him from his job and puts their hearts - and Kennedy's life - in danger.The Bull Rider's Manager: No one knows how tough it is to manage a rodeo rider's career like Barb Carico, who simply wants a break before she has a breakdown. But when she indulges in a little Las Vegas R&R with sponsor Hunter Martin, things spin out of control and the duo winds up married. They plan to annul this marriage mistake ASAP, but an unexpected complication finds Hunter bargaining for more time with his new bride.Just for the Weekend: Multimillionaire Sam Mason is sick of gold diggers. When he meets role-playing kindergarten teacher Cleo James at a sci-fi convention in Vegas, she seems like the real thing. Then - surprise! - he wakes up married to this sexy stranger . . . only to find Cleo has vanished. Is he looking for a swindler or the love of his life?Hiding Places: Mona Smith is on the run to avoid getting mixed up in some dirty business with a drug kingpin. Linc Dray needs to produce a marriage certificate to secure the farm he inherited from his grandfather. It's the perfect deal, but what are they going to do about the inconvenient emotions invading their marriage of convenience?The Bride's Curse: Three brides return a gorgeous vintage wedding dress to Kelly Andrew's Wedding Bliss store, claiming it's cursed, which is definitely bad for business. Then Brett Atwell, the handsome nephew of the dress's original owner, gets involved, and a mischievous spirit sends the two of them on a goose chase for a groom who went missing decades ago. Will love get its due at long last?Sensuality Level: Sensual