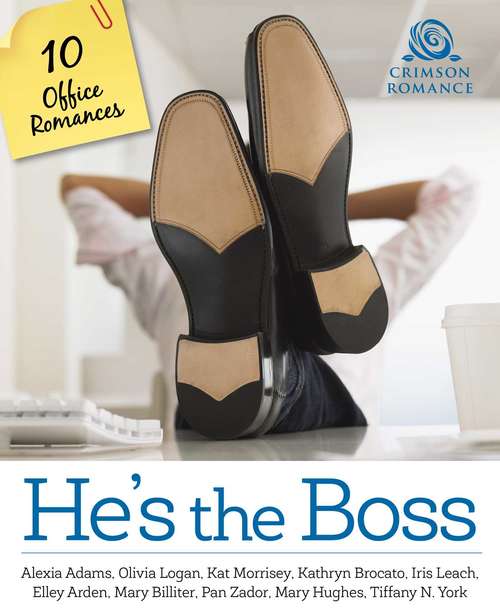 It's always sexy when he runs the company . . . but she commands his heart. These 10 couples know exactly what suits them and where to draw the line between business and pleasure. Find out who's boss on these perfect lunchtime breaks!An Inconvenient Love: To expand his real estate business, Luca Castellioni needs an English-speaking secretary and a wife, so he strikes a bargain with pretty stranger Sophia Stevens. She's fascinating, and soon enough he wants more marriage and not so much convenience in their agreement. Too bad his new wife has reconstructed her own life without him. Can love overcome the obstacles between them?Urgent: One Nanny Required: Rania George is offered a sweet gig babysitting a boy she adores. Only catch? She has to fly to Hollywood - a place she loathes - and spend three weeks with his devastatingly handsome and arrogant father.Slow Ride: Mechanic Cooper Moretto rolls up on trouble with a capital T when he spots Kyla O'Grady's '67 Mustang Coupe by the side of the road. The new gal in Aston Falls is out of cash and he's short-handed, so an employment trade makes sense. But there's danger following Kyla. Can their love vanquish the threat?Bride by the Book: Small-town Arkansas attorney Garner Holt badly needs an assistant to sort out his cluttered office, but he didn't expect a super-secretary like Miss Angelina Brownwood. She's perfect until an online search reveals a flaw: Angelina isn't a secretary. But does her secret mean she's not the girl for him?Looking for Prince Charming: Glory agrees to pose as her boss's girlfriend while he campaigns for Lord Mayor of Melbourne - which might not be the best idea since she's already in love with him!Battling the Best Man: Now a Chicago resident, Dr. Kory Flemming can't say no to returning home for her best friend's wedding. Trouble is, Will Mitchell, the only man smart enough to keep pace with Kory in high school, is the best man, and he's up to his usual flirtatious tricks. Can they set aside their rocky past to make a new future together?A Man for All Seasons: There are crazier ways to spend a holiday. At least that's what journalist Janey Turner keeps telling herself when she agrees to spend Thanksgiving with the editor she's never met in person before. But the chemistry that flares between her and Joe Argenti is as hot and unexpected as the lightning strike that soon ignites Casper Mountain. Will her professional dreams cost her a merry Christmas?Act of Love: When you're young and passionate about your first theatre job, you do everything your director tells you, right? Not if you're Marigold Aubrey, who can't seem to resist speaking her mind around charismatic Tor Douglas. But is she trying for the part, or his heart?Edie and the CEO: Edie Rowan is passionate about workers' rights, but when her protests backfire, championing the little guy gets her in trouble with sexy CEO Everett Kirk. He sends her to attend management camp - and even drives her there himself. When they let down their professional guard, sparks fly and secrets are revealed.The Meatball Mistress: Ryan Garridy is a diehard commitment phobe, struggling to keep his Italian restaurant afloat. The last thing he needs is to hire Cara Manzoni, a woman who skipped out on paying for her meal. Unless, that is, this secretive stunner can save more than just his livelihood.Sensuality Level: Sensual