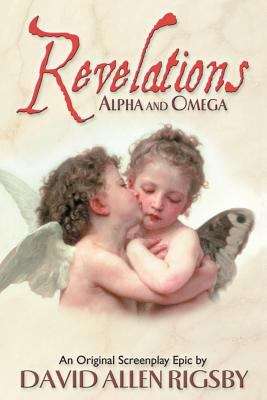 The Past. Our fifth planet, Tiamait, is in tact. Earths covered by a water canopy, protecting us from the sun's harmful radiation, creating a globally warm climate.

GOD weds ADAM and EVE. All angels honor them. LUCIFER, the Serpent Cherub and firstborn angel, takes offense to honoring creatures made from dust. While God rests, Lucifer looks to destroy mankind. He eats from the forbidden Tree for insight. Knowing Evil, he uses the mortal serpent made in his image to deceive us.

Lucifer tricks one-third of all angels resting on Tiamait. Rebellion escalates, but all rebels are cast from Heaven. Adam and Eve face death. Lucifer faces eternal death in Hell after the prophesied Redeemer restores mankind to God.

Lucifer's only hope: prevent his birth. Fallen angels mate with women to corrupt mankind's seed, producing giants. Earth becomes violent. God plans a flood. NOAH builds an ark. Knowledge is preserved by constructing pillars of brick and stone... the three Giza pyramids and stone Lion. Adam and Eve are buried within the Pyramids.

To prevent the Messiah's birth, giants inhabit His prophesied birthplace. A titan, NIMROD, teaches hydrogen fusion. The suns power is placed atop a tower to be sent Heavenward, destroying God's gateway.