A Legacy of Madness 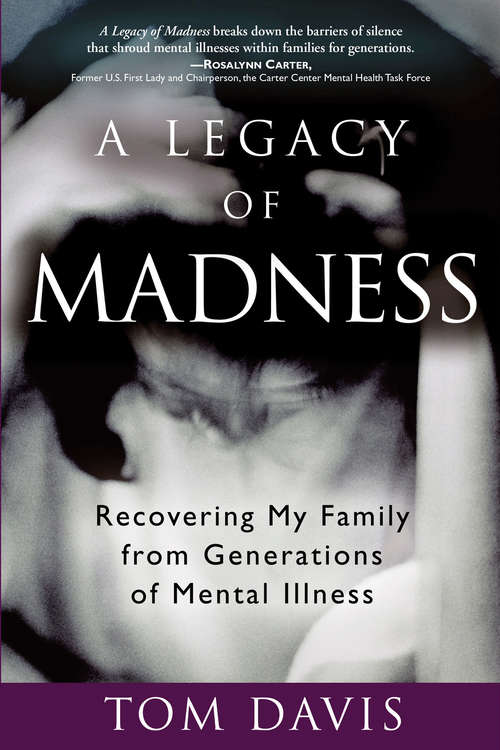 The story of a loving family coming to grips with its own fragilities, A Legacy of Madness relays the author's journey to uncover, and ultimately understand, the history of mental illness that led generations of his suburban American family to their demise.Dede Davis had worried, fussed, and obsessed for the last time: Her heart stopped beating in a fit of anxiety. In the wake of his mother's death, Tom Davis knew one thing: Helplessly self-absorbed and severely obsessive compulsive, Dede led a tormented life. She spent years bouncing around mental health facilities, nursing homes, and assisted-living facilities, but what really caused her death? A Legacy of Madness portrays Tom Davis's captivating discoveries of mental illness throughout generations of his family. Investigating his mother's history led to that of Davis's grandfather, a top administrator at one of the largest psychiatric hospitals in the country; his great-grandfather who died of self-inflicted gas asphyxiation during the Depression; and his great-great grandmother who, with her eldest son, completed suicide one tragic day. Ultimately, four generations of family members showed clear signs of depression, obsessive-compulsive disorder, and alcoholism--often mistreated illnesses that test one's ability to cope. Through this intimate memoir, we join Davis on a personal odyssey to ensure that he and his siblings, the fifth generation,--recover their family legacy by not only surviving their own mental health disorders but by getting the help they need to lead healthy, balanced lives. In the end, we witness Davis's powerful transition as he makes peace with the past and heals through forgiveness and compassion for his family--and himself. About the author Tom Davis is the Jersey Shore regional editor for Patch.com and an adjunct professor of journalism at Rutgers University. This is his first book. He lives in Metuchen, New Jersey.