Toward a Cognitive Theory of Narrative Acts 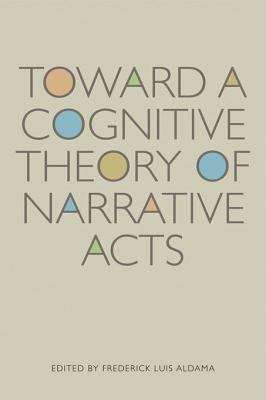 Toward a Cognitive Theory of Narrative Acts brings together in one volume cutting-edge research that turns to recent findings in cognitive and neurobiological sciences, psychology, linguistics, philosophy, and evolutionary biology, among other disciplines, to explore and understand more deeply various cultural phenomena, including art, music, literature, and film. The essays fulfilling this task for the general reader as well as the specialist are written by renowned authors H. Porter Abbott, Patrick Colm Hogan, Suzanne Keen, Herbert Lindenberger, Lisa Zunshine, Katja Mellman, Lalita Pandit Hogan, Klarina Priborkin, Javier Gutiérrez-Rexach, Ellen Spolsky, and Richard Walsh. Among the works analyzed are plays by Samuel Beckett, novels by Maxine Hong Kingston, music compositions by Igor Stravinsky, art by Jean-Baptiste-Simeon Chardin, and films by Michael Haneke. Each of the essays shows in a systematic, clear, and precise way how music, art, literature, and film work in and of themselves and also how they are interconnected. Finally, while each of the essays is unique in style and methodological approach, together they show the way toward a unified knowledge of artistic creativity.