Watching the Traffic Go By 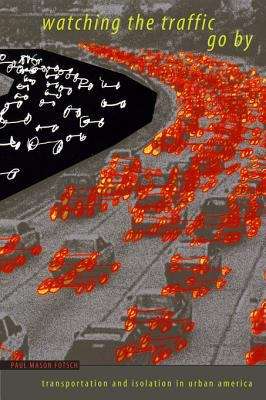 As twentieth-century city planners invested in new transportation systems to deal with urban growth, they ensured that the automobile rather than mass transit would dominate transportation. Combining an exploration of planning documents, sociological studies, and popular culture, Paul Fotsch shows how our urban infrastructure developed and how it has shaped American culture ever since.

Watching the Traffic Go By emphasizes the narratives underlying our perceptions of innovations in transportation by looking at the stories we have built around these innovations. Fotsch finds such stories in the General Motors "Futurama" exhibit at the 1939 World's Fair, debates in Munsey's magazine, films such as Double Indemnity, and even in footage of the O. J. Simpson chase along Los Angeles freeways.

Juxtaposed with contemporaneous critiques by Lewis Mumford, Theodor Adorno, and Max Horkheimer, Fotsch argues that these narratives celebrated new technologies that fostered stability for business and the white middle class. At the same time, transportation became another system of excluding women and the poor, especially African Americans, by isolating them in homes and urban ghettos.