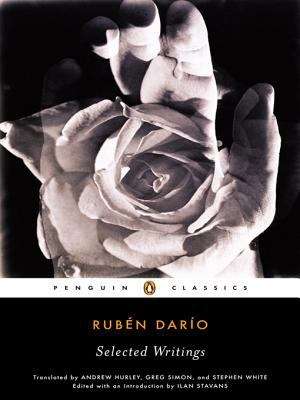 Born in Nicaragua, Rubén Darío is known as the consummate leader of the Modernista movement, an esthetic trend that swept the Americas from Mexico to Argentina at the end of the nineteenth century. Seeking a language and a style that would distinguish the newly emergent nations from the old imperial power of Spain, Darío's writing offered a refreshingly new vision of the world--an artistic sensibility at once cosmopolitan and connected to the rhythms of nature. The first part of this collection presents Darío's most significant poems in a bilingual format and organized thematically in the way Darío himself envisioned them. The second part is devoted to Darío's prose, including short stories, fables, profiles, travel writing, reportage, opinion pieces, and letters. A sweeping biographical introduction by distinguished critic Ilan Stavans places Darío in historical and artistic context, not only in Latin America but in world literature.

Includes suggestions for further reading, a bibliography, and a glossary