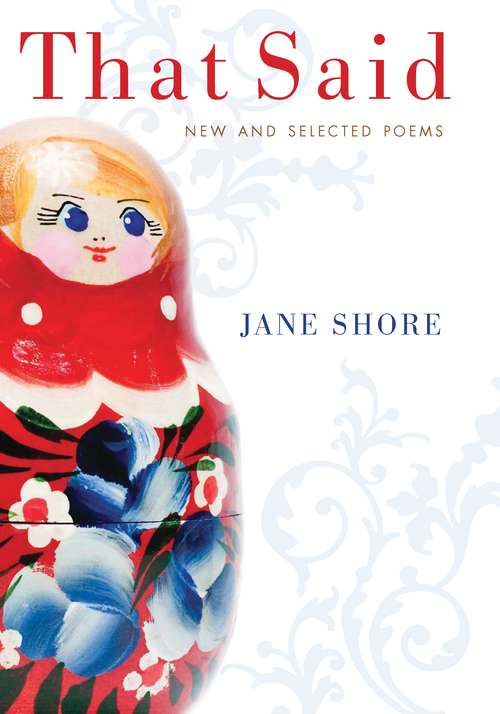 "Jane Shore is the poet of little ambushes, moments that hold us hostage, moments when we come to life." -- Julia AlvarezSince Robert Fitzgerald praised Eye Level, Jane Shore's 1977 Juniper Prize-winning first collection, for its "cool but venturesome eye," her work has continued to receive the highest accolades and attention from critics and fellow poets. That Said: New and Selected Poems extends Shore's lifelong, vivid exploration of memory--her childhood in New Jersey, her Jewish heritage, her adult years in Vermont. Shore's devotion to her familiar coterie of departed parents, aunts, uncles, and friends passionately subscribes to Sholem Aleichem's dictum that "eternity resides in the past."United States Poet Laureate W. S. Merwin wrote, "Shore's characters emerge with an etched clarity . . . She performs this summoning with a language of quiet directness, grace and exactness, clear and without affectations." And while there is no "typical" Jane Shore poem, what unifies them is her bittersweet introspection, elegant restraint, provocative autobiography, and on every page a magnetic readability.