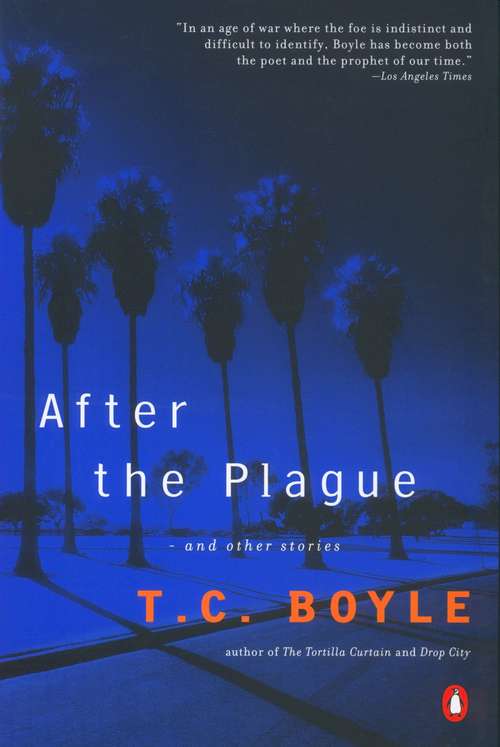 Few authors in America write with such sheer love of story, language, and imagination as T.C. Boyle, and nowhere is that more evident than in his inventive, wickedly funny, and widely praised short stories. In After the Plague, his sixth collection, Boyle exhibits his maturing themes, speaking to contemporary social issues in a range of emotional keys. The sixteen stories gathered here, nine of which appeared in the New Yorker, display Boyle's astonishing range, as he rings his changes on everything from air rage ("Friendly Skies") to abortion doctors ("Killing Babies"). There are also naturalistic stories of quiet power and passion, including "The Love of My Life," which deals with first love and its consequences, "Rust," about an older couple coming to grips with the end of their lives, and "My Widow," a touching portrait of the author's own possible future. The collection ends with the brilliant title story, a whimsical and imaginative vision of disease-ravaged earth and the few inheritors of a new Eden. After the Plague marks a storyteller at the very top of his form; there is plenty of joy and humor in this collection as well as the dark, intense scenarios that Boyle's audience has come to love.