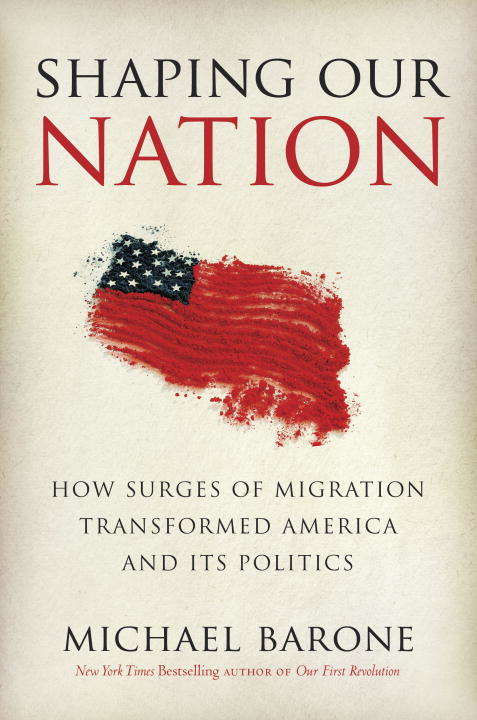 It is often said that America has become culturally diverse only in the past quarter century. But from the country's beginning, cultural variety and conflict have been a centrifugal force in American politics and a crucial reason for our rise to power. The peopling of the United States is one of the most important stories of the last five hundred years, and in Shaping our Nation, bestselling author and demographics expert Michael Barone illuminates a new angle on America's rise, using a vast array of political and social data to show America is the product of a series large, unexpected mass movements--both internal and external--which typically lasted only one or two generations but in that time reshaped the nation, and created lasting tensions that were difficult to resolve. Barone highlights the surprising trends and connections between the America of today and its migrant past, such as how the areas of major Scots-Irish settlement in the years leading up to the Revolutionary War are the same areas where John McCain performed better in the 2008 election than George W. Bush did in 2004, and how in the years following the Civil War, migration across the Mason-Dixon line all but ceased until the annealing effect that the shared struggle of World War II produced. Barone also takes us all the way up to present day, showing what the surge of Hispanic migration between 1970 and 2010 means for the elections and political decisions to be made in the coming decades. Barone shows how, from the Scots-Irish influxes of the 18th century, to the Ellis Island migrations of the early 20th and the Hispanic and Asian ones of the last four decades, people have moved to America in part in order to make a better living--but more importantly, to create new communities in which they could thrive and live as they wanted. And the founders' formula of limited government, civic equality, and tolerance of religious and cultural diversity has provided a ready and useful template for not only to coping with these new cultural influences, but for prospering as a nation with cultural variety. Sweeping, thought-provoking, and ultimately hopeful, Shaping Our Nation is an unprecedented addition to our understanding of America's cultural past, with deep implications for the immigration, economic, and social policies of the future. From the Hardcover edition.