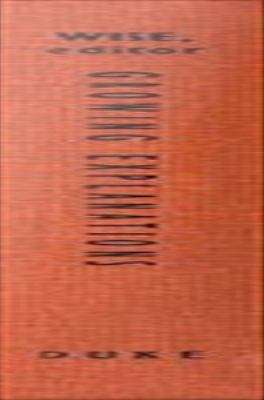 For much of the twentieth century scientists sought to explain objects and processes by reducing them to their components--nuclei into protons and neutrons, proteins into amino acids, and so on--but over the past forty years there has been a marked turn toward explaining phenomena by building them up rather than breaking them down. This collection reflects on the history and significance of this turn toward "growing explanations" from the bottom up. The essays show how this strategy--based on a widespread appreciation for complexity even in apparently simple processes and on the capacity of computers to simulate such complexity--has played out in a broad array of sciences. They describe how scientists are reordering knowledge to emphasize growth, change, and contingency and, in so doing, are revealing even phenomena long considered elementary--like particles and genes--as emergent properties of dynamic processes. Written by leading historians and philosophers of science, these essays examine the range of subjects, people, and goals involved in changing the character of scientific analysis over the last several decades. They highlight the alternatives that fields as diverse as string theory, fuzzy logic, artificial life, and immunology bring to the forms of explanation that have traditionally defined scientific modernity. A number of the essays deal with the mathematical and physical sciences, addressing concerns with hybridity and the materials of the everyday world. Other essays focus on the life sciences, where questions such as "What is life?" and "What is an organism?" are undergoing radical re-evaluation. Together these essays mark the contours of an ongoing revolution in scientific explanation. Contributors. David Aubin, Amy Dahan Dalmedico, Richard Doyle, Claus Emmeche, Peter Galison, Stefan Helmreich, Ann Johnson, Evelyn Fox Keller, Ilana Lwy, Claude Rosental, Alfred Tauber