Last Night at the Viper Room 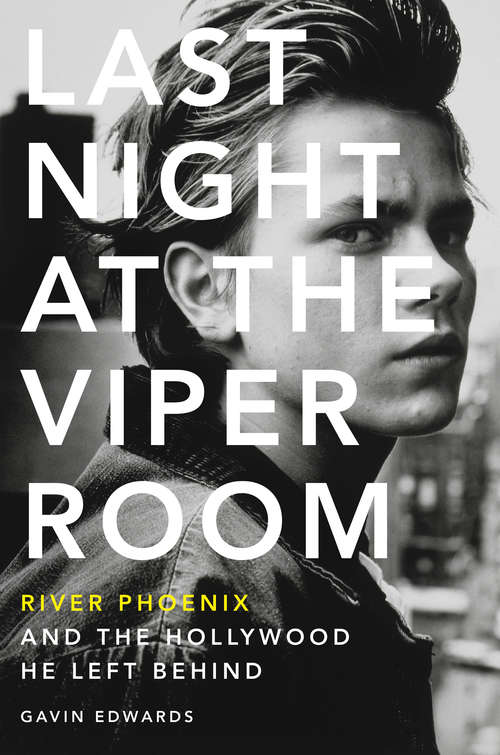 Hollywood was built on beautiful and complicated matinee idols: James Dean and Marlon Brando are classic examples, but in the 1990s, the actor who embodied that archetype was River Phoenix. As the brightly colored 1980s wound down, a new crew of leading men began to appear on movie screens. Hailed for their acting prowess and admired for choosing meaty roles, actors such as Johnny Depp, Nicolas Cage, Keanu Reeves, and Brad Pitt were soon rocketing toward stardom while an unknown Leonardo DiCaprio prepared to make his acting debut. River Phoenix, however, stood in front of the pack. Blessed with natural talent and fueled by integrity, Phoenix was admired by his peers and adored by his fans. More than just a pinup on teenage girls' walls, Phoenix was also a fervent defender of the environment and a vocal proponent of a vegan lifestyle--well on his way to becoming a symbol of his generation. At age eighteen, he received his first Oscar nomination. But behind his beautiful public face, there was a young man who had been raised in a cult by nonconformist parents, who was burdened with supporting his family from a young age, and who eventually succumbed to addiction, escaping into a maelstrom of drink and drugs. And then he was gone. After a dozen films, including Stand by Me and My Own Private Idaho, and with a seemingly limitless future, River Phoenix died of a drug overdose. He was twenty-three years old. In Last Night at the Viper Room, bestselling author and journalist Gavin Edwards toggles between the tragic events at the Viper Room in West Hollywood on Halloween 1993 and the story of an extraordinary life. Last Night at the Viper Room is part biography, part cultural history of the 1990s, and part celebration of River Phoenix, a Hollywood icon gone too soon. Full of interviews from his fellow actors, directors, friends, and family, Last Night at the Viper Room shows the role he played in creating the place of the actor in our modern culture and the impact his work still makes today.