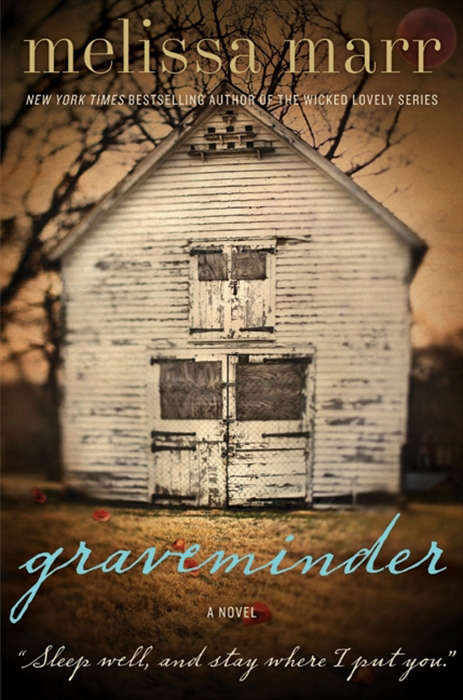 Rebekkah Barrow never forgot the attention her grandmother Maylene bestowed upon the dead of Claysville, the small town where Bek spent her adolescence. There wasn't a funeral that Maylene didn't attend, and at each one Rebekkah watched as Maylene performed the same unusual ritual: She took three sips from a silver flask and spoke the words "Sleep well, and stay where I put you."

Now Maylene is dead, and Bek must go back to the place she left a decade earlier. She soon discovers that Claysville is not just the sleepy town she remembers, and that Maylene had good reason for her odd traditions. It turns out that in Claysville the worlds of the living and the dead are dangerously connected; beneath the town lies a shadowy, lawless land ruled by the enigmatic Charles, aka Mr. D. If the dead are not properly cared for, they will come back to satiate themselves with food, drink, and stories from the land of the living. Only the Graveminder, by tradition a Barrow woman, and her Undertaker-in this case Byron Montgomery, with whom Bek shares a complicated past-can set things right once the dead begin to walk.

Although she is still grieving for Maylene, Rebekkah will soon find that she has more than a funeral to attend to in Claysville, and that what awaits her may be far worse: dark secrets, a centuries-old bargain, a romance that still haunts her, and a frightening new responsibility-to stop a monster and put the dead to rest where they belong.