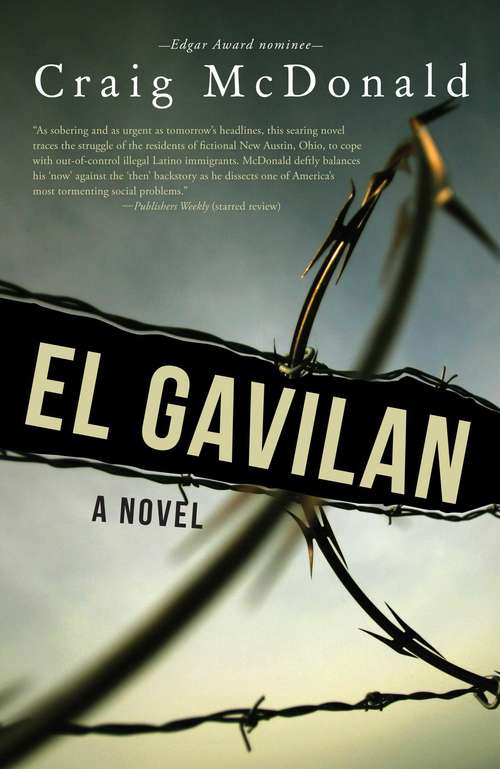 "The competition for the future of crime fiction is fierce, as it should be, but don't take your eyes off Craig McDonald. He's wily, talented andrarest of the rarea true original. He writes melancholy poetry that actually has melancholy poets wandering around, but don't turn your backs on them, either. I am always eager to see what he's going to do next. "Laura Lippman The news is full of it: escalating tensions from illegal immigration, headless bodies hanging off bridges, and bounties placed on lawmen on both sides of the border. New Austin, Ohio, is a town grappling with waves of undocumented workers who exert tremendous pressure on schools, police, and city services. In the midst of the turmoil, three very different kinds of cops scramble to maintain control and impose order. But the rape and murder of a Mexican American woman triggers a brutal chain of events that threatens to leave no survivors. El Gavilanis a novel of shifting alliances and whiplash switchbacks. Families are divided and careers and lives threatened. Friendships and ideals are tested and budding love affairs challenged. With its topical themes, shades-of- gray characters, and dark canvas,El Gavilanis a novel for our charged times. Craig McDonald, author of the internationally acclaimed Hector Lassiter series, is an award-winning journalist, editor, and fiction writer. His short fiction has appeared in literary magazines and anthologies. His fiction and nonfiction have earned him nominations for the Edgar, Anthony, Macavity, and Gumshoe awards. He resides in Ohio.