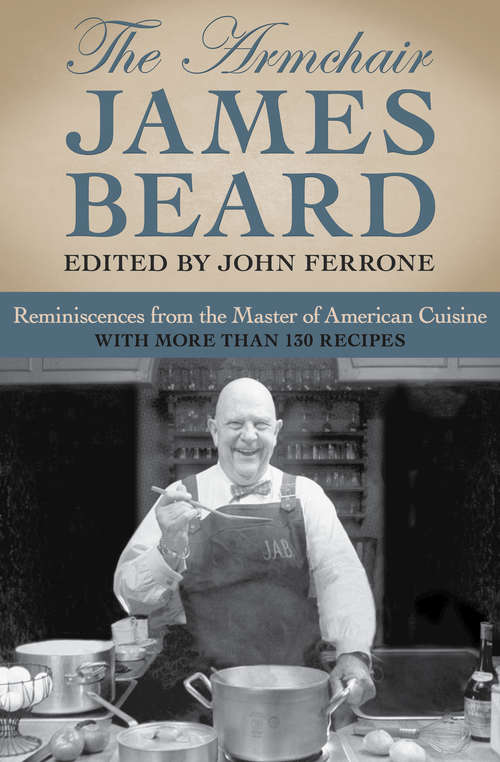 A timeless and insightful volume of essays--with more than 130 recipes--by the master of American cuisineThe Armchair James Beard showcases the many roles of America's first celebrity chef: teacher, culinary alchemist, restaurant reviewer, occasional dieter, visionary, and gourmand. Collected by Beard's longtime friend and colleague John Ferrone, each essay resonates with impassioned opinions and a distinctly American voice. Beard takes us on a journey from his childhood in Portland, Oregon, to his dining and cooking experiences around the world. These reminiscences, paired with more than 130 recipes, provide an intimate portrait of a lifetime spent studying, preparing, and enjoying food. Beard fondly recalls his father's homemade breakfast sausage seasoned with thyme and pepper; bouillabaisse made from fresh fish in the South of France; and a large, buttery baked potato aboard the Northern Pacific railroad on one of his many cross-country trips. Rich with tales of meals shared with family and old friends, Beard ponders not just the importance of what we eat, but how food brings us together, and the role it can play in our memories. Heartfelt, enlightening, and often humorous, these memoir-like selections are an inspiring addition to any culinary collection.