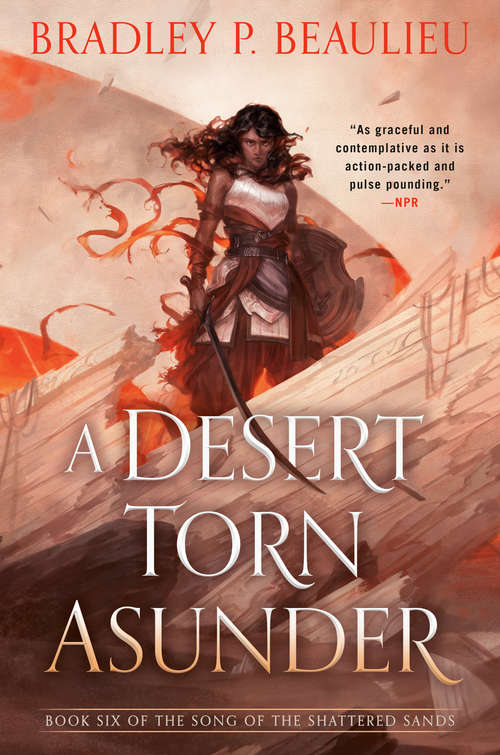 The final book in The Song of the Shattered Sands series closes the epic fantasy saga in a desert setting, filled with rich worldbuilding and pulse-pounding action.The plans of the desert gods are coming to fruition. Meryam, the deposed queen of Qaimir, hopes to raise the buried elder god, Ashael, an event that would bring ruin to the desert.Çeda and Emre sail for their ancestral home to bring the traitor, Hamid, to justice. To their horror, they discover that the desert tribes have united under Hamid's banner. Their plan? A holy crusade to annihilate Sharakhai, a thing long sought by many in the tribes. In Sharakhai, meanwhile, the blood mage, Davud, examines the strange gateway between worlds, hoping to find a way to close it. And King Ihsan hunts for Meryam, but always finds himself two steps behind.When Meryam raises Ashael, all know the end is near. Ashael means to journey to the land that was denied to him an age ago, no matter the cost to the desert. It now falls to Çeda and her unlikely assortment of allies to find a way to unite not only the desert tribes and the people of Sharakhai, but the city's invaders as well. Even if they do, stopping Ashael will cost them dearly, perhaps more than all are willing to pay.