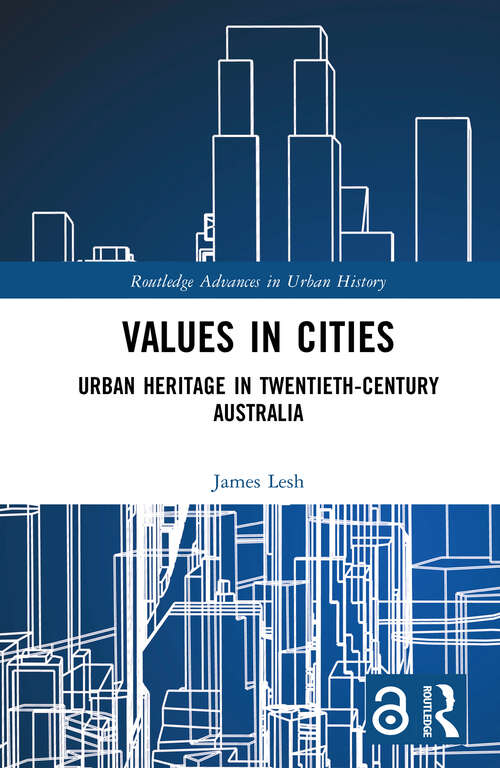 Examining urban heritage in twentieth-century Australia, James Lesh reveals how evolving ideas of value and significance shaped cities and places. Over decades, a growing number of sites and areas were found to be valuable by communities and professionals. Places perceived to have value were often conserved. Places perceived to lack value became subject to modernisation, redevelopment, and renewal. From the 1970s, alongside strengthened activism and legislation, with the innovative Burra Charter (1979), the values-based model emerged for managing the aesthetic, historic, scientific, and social significance of historic environments. Values thus transitioned from an implicit to an overt component of urban, architectural, and planning conservation. The field of conservation became a noted profession and discipline. Conservation also had a broader role in celebrating the Australian nation and in reconciling settler colonialism for the twentieth century. Integrating urban history and heritage studies, this book provides the first longitudinal study of the twentieth-century Australian heritage movement. It advocates for innovative and reflexive modes of heritage practice responsive to urban, social, and environmental imperatives. As the values-based model continues to shape conservation worldwide, this book is an essential reference for researchers, students, and practitioners concerned with the past and future of cities and heritage.