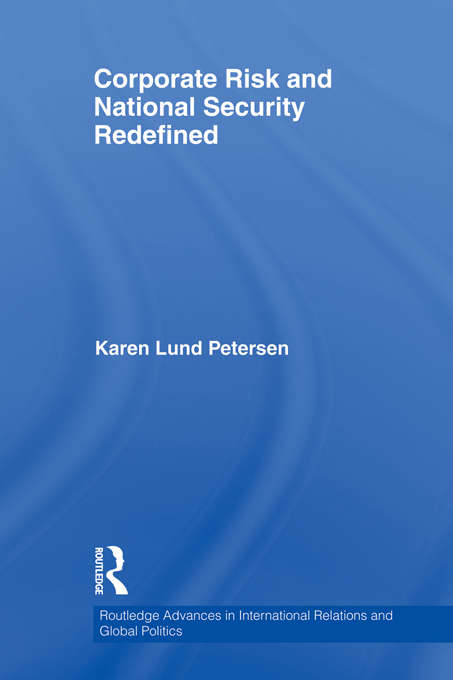 Contemporary security policy is no longer a matter of protecting borders or fighting an identified foreign enemy. With counterterrorism high on the security agenda, private citizens and companies have all come to be seen as central to the aim of providing security.

Situated within the debate on terrorism risk and security, Corporate Risk and National Security Redefined offers a detailed analysis of the role of private companies in American and Danish counter-terrorism policies. The book shows that a ‘responsibilization strategy’ is central to both the American and Danish security policy – a strategy which tends to portray security as a ‘duty’ rather than the ‘right’ that it traditionally has been considered as. The study however finds that such strategies have been received very differently in the business communities of the two countries.

Corporate Risk and National Security Redefined will be of interest to students and scholars of international relations, critical security, business and terrorism.