The State and Security in Mexico 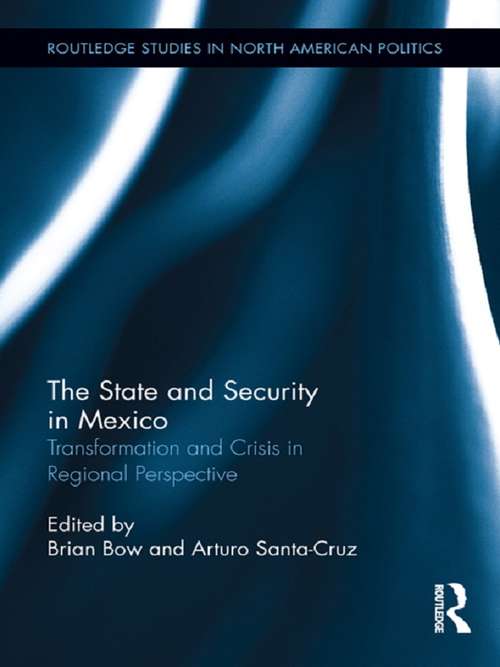 At the turn of the millennium, Mexico seemed to have finally found its path to political and economic modernization; a state which had been deeply embedded in society was being pulled out, with new political leaders allowing market forces to play a greater role in guiding the nation’s economic development, and allowing old patron-client networks to crumble. At the same time, many hoped that political and legal reforms would increase the state’s capacity to provide prosperity, security, and equity for its citizens. In the midst of this historic transformation, however, Mexico was confronted with an urgent new policy challenge.

Internationally recognized experts from the academic and think-tank communities in the United States, Mexico, and Canada consider the origins of the current crisis in Mexico, and the nature and effectiveness of the Calderón government’s response. Simply not another book on North American regional security, this volume uses Joel Migdal’s concept of "the state in society" to provide a refreshingly clear and accessible exploration of political change in the developing world.  The engagement with the US and Canada gives the reader a chance to observe the dynamics of persuasion across the developmental divide. Four key questions structure the study:

What does the ongoing security crisis in Mexico tell us about the changing role of the state in society there?

What does the changing role of the state tell us about the nature (and intractability) of the crisis?

How has the transition to democracy affected the links between the state and organized crime in Mexico, and the state’s capacity to contain non-state challengers?

What kinds of political and legal reforms are called for, and what effects can we expect them to have on the extent and intensity of violence in Mexico?

No other study comprehensively uncovers new conceptual and theoretical insights in each of these areas whilst offering some practical guidance for policy-makers and publics seeking to understand these urgent and complex challenges.