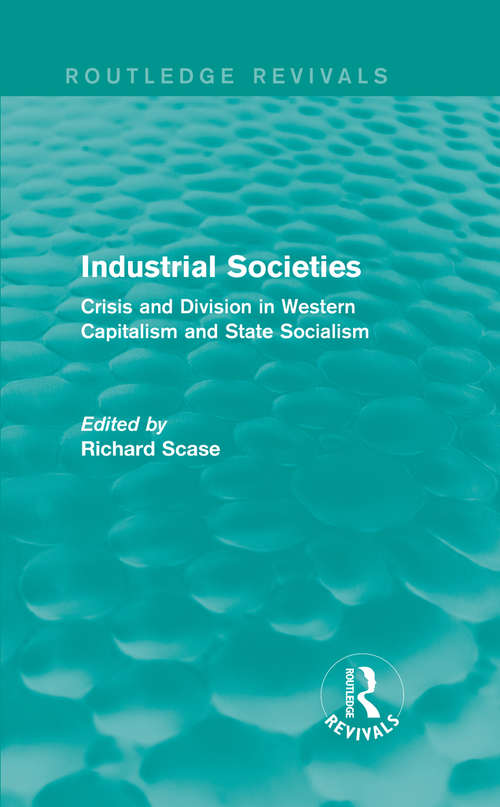 This book, first published in 1989, addresses an issue that stood at the centre of sociological concern – the changing character of industrial societies.

The authors examine the nature of the industrialization process, in terms of its impact upon and development within both state socialist and capitalist societies. Is ‘industrialism’ a constant phenomenon within both kinds of society, or are distinctive differences apparent? In the 1960s, it did seem that economic growth and technological change were producing similarities in social structure between the different socio-political systems; it now appears however that the crisis that have developed during the 1980s how illustrated their contrasts. Through the analysis of this trend in the West, in Eastern Europe and in China the authors clarify central issues for the student of sociology:

The changing pattern of work and employment relationships

The nature of class, gender and ethnicity as sources of socio-economic division