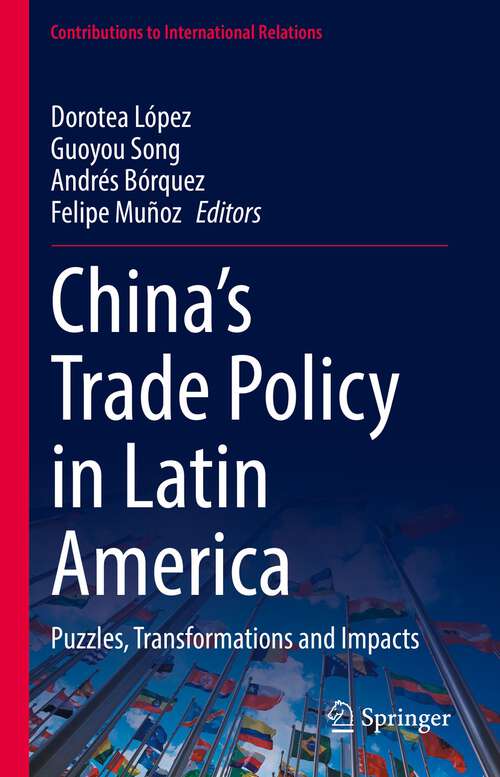 This book examines China's trade insertion strategy in Latin America. Divided into five parts, the book features scholars from China, Chile, Costa Rica, Peru, and Mexico who present the main actors and dynamics around China's trade policy in the region in twelve carefully selected contributions, with qualitative and quantitative case studies. Highlighting China's important trade presence in Latin America after joining the World Trade Organization (WTO), the book analyzes the effects of free trade agreements China signed with three countries in the region - Chile (2005), Peru (2010), and Costa Rica (2011) -  as well as specific preferential agreements with other countries from Latin America. While the first part of this book reviews China and Latin America trade policies, the second part explores China's view of Latin America. In a third part of the book, the contributions provide a deeper look into the trade relations between China and the countries of Peru, Costa Rica, Mexico, and the United States. The fourth part of the volume focuses on the emerging trade agenda between the two regions. Finally, the fifth part of the book discusses the trade challenges between China and Latin American and Caribbean countries.The book will appeal to scholars of international relations, economics, and political science, as well as policy-makers interested in a Chinese and Latin American perspective on trade policy in general, and on China's trade policy in the region in particular.