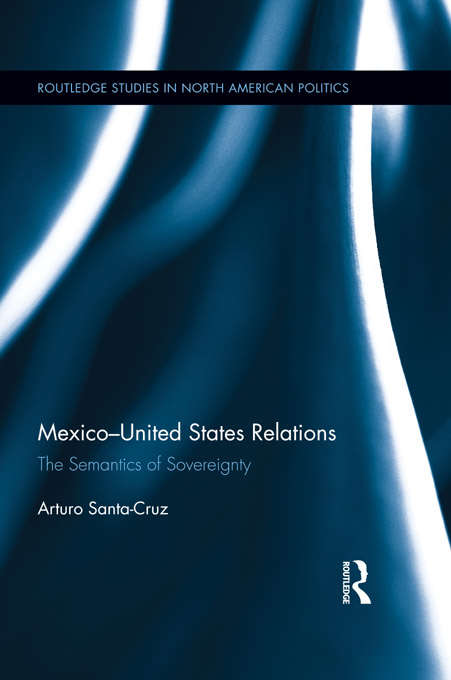 Sovereignty is a key factor to consider when studying the Mexico-United States relationship. During most of the twentieth century, as a result of the new character of the Mexican post-revolutionary regime, there was a decoupling between the state’s maximalist discourse on sovereignty, and its practice. Sovereignty as an undifferentiated whole does not exist; it should instead be disaggregated into the myriad issue areas in which it is constantly negotiated.

Focusing on a tripartite classification relating to the construction of Mexico’s sovereignty towards its northern neighbor since 1920, this volume illustrates how Mexico’s sovereignty has varied not only according to the times, but also according to the issues at stake. In doing so, Arturo Santa-Cruz comprehensively covers a variety of issues in the bilateral agenda such as drug trafficking, electoral observation, human rights, investment, migration, security, and trade, as well as some defining moments in the relationship, such as the 1923 US granting of recognition to the Mexican post-revolutionary regime, the 1938 oil nationalization, the 1982 debt crisis, and the 1995 financial bailout. These diverse cases, analyzed through an original analytical approach, capture sovereignty’s multifocal meaning.