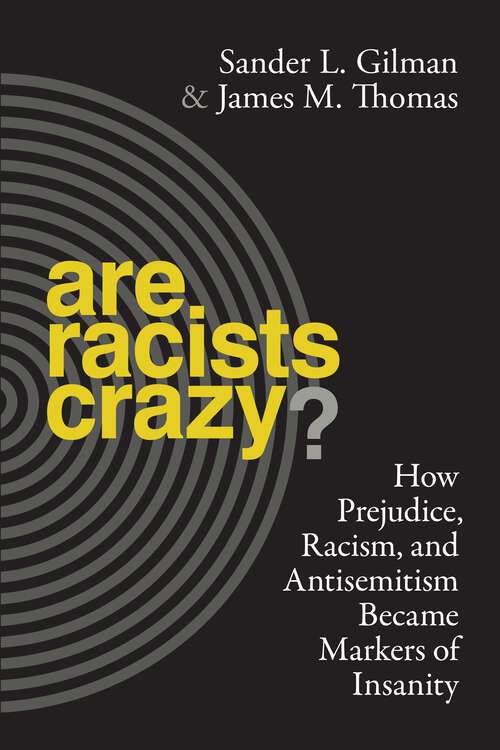 In 2012, an interdisciplinary team of scientists at the University of Oxford reported that - based on their clinical experiment - the beta-blocker drug, Propranolol, could reduce implicit racial bias among its users. Shortly after the experiment, an article in Time Magazine cited the study, posing the question: Is racism becoming a mental illness? In Are Racists Crazy? Sander Gilman and James Thomas trace the idea of race and racism as psychopathological categories., from mid-19th century Europe, to contemporary America, up to the aforementioned clinical experiment at the University of Oxford, and ask a slightly different question than that posed by Time: How did racism become a mental illness? Using historical, archival, and content analysis, the authors provide a rich account of how the 19th century ‘Sciences of Man’ - including anthropology, medicine, and biology - used race as a means of defining psychopathology and how assertions about race and madness became embedded within disciplines that deal with mental health and illness. An illuminating and riveting history of the discourse on racism, antisemitism, and psychopathology, Are Racists Crazy? connects past and present claims about race and racism, showing the dangerous implications of this specious line of thought for today.