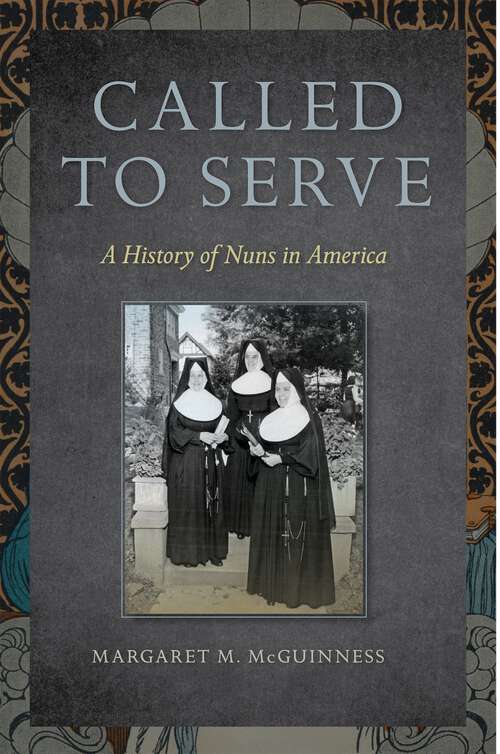 Winner, 2014 Catholic Book Award in History presented by the Catholic Press Association For

generations of American Catholics, the face of their church was, quite

literally, a woman's face--the nursing sister in the hospital where they were

born, the teaching sister in the school where they were educated, the caring

sister who helped them through times of trouble. McGuinness recovers the

diversity. McGuinness writes with the authority of a scholar and the ease of a

storyteller. Her collective portrait of the women who have for so long

to historians of women and of religion in the United States, but also to

contributions vowed women have made to church and nation."

Americans, nuns and sisters are the face of the Catholic Church. Far more

hospitals, offer food to the poor, and minister to those in need. Their work

has shaped the American Catholic Church throughout its history. Yet despite

their high profile, a concise history of American Catholic sisters and nuns has

yet to be published. In Called to Serve, Margaret

M. McGuinness provides the reader with an overview of the history of Catholic

women religious in American life, from the colonial period to the present.

communities and on the frontier, teaching, nursing, and caring for marginalized

groups. In the second half of the twentieth century, however, the role of women

religious began to change. They have fewer members than ever, and their

population is aging rapidly. And the method of their ministry is changing as

well: rather than merely feeding and clothing the poor, religious sisters are

now working to address the social structures that contribute to poverty,

fighting what one nun calls "social sin." In the face of a changing world and shifting priorities, women religious

faith and the limitations imposed upon them by their church.

to Serve offers a compelling portrait of Catholic women religious