Who Killed Jane Stanford?: A Gilded Age Tale of Murder, Deceit, Spirits and the Birth of a University 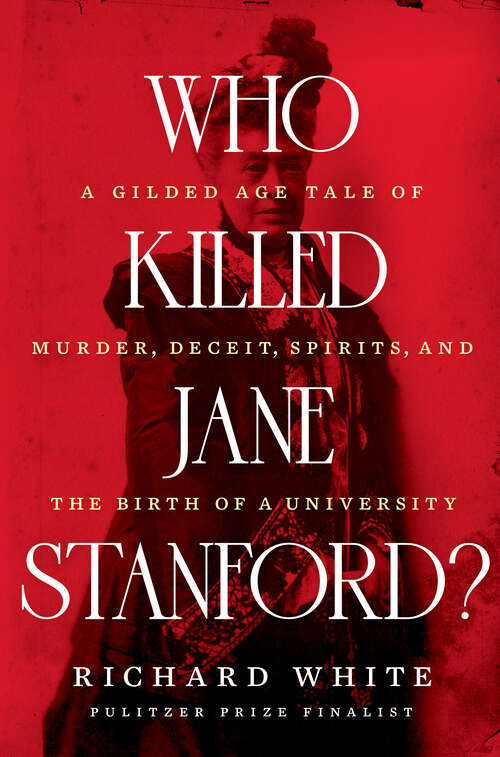 A premier historian penetrates the fog of corruption and cover-up still surrounding the murder of a Stanford University founder to establish who did it, how, and why.

In 1885 Jane and Leland Stanford cofounded a university to honor their recently deceased young son. After her husband’s death in 1893, Jane Stanford, a devoted spiritualist who expected the university to inculcate her values, steered Stanford into eccentricity and public controversy for more than a decade. In 1905 she was murdered in Hawaii, a victim, according to the Honolulu coroner’s jury, of strychnine poisoning. With her vast fortune the university’s lifeline, the Stanford president and his allies quickly sought to foreclose challenges to her bequests by constructing a story of death by natural causes. The cover-up gained traction in the murky labyrinths of power, wealth, and corruption of Gilded Age San Francisco. The murderer walked.

Deftly sifting the scattered evidence and conflicting stories of suspects and witnesses, Richard White gives us the first full account of Jane Stanford’s murder and its cover-up. Against a backdrop of the city’s machine politics, rogue policing, tong wars, and heated newspaper rivalries, White’s search for the murderer draws us into Jane Stanford’s imperious household and the academic enmities of the university. Although Stanford officials claimed that no one could have wanted to murder Jane, we meet several people who had the motives and the opportunity to do so. One of these, we discover, also had the means.