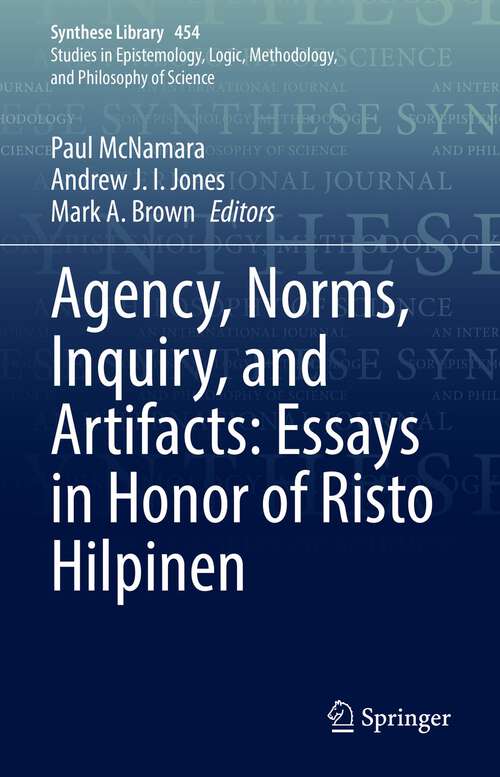 By: Mark A. Brown • Paul McNamara • Andrew J. I. Jones
Login
Sign Up

The book contains a collection of chapters written by experts from the fields of philosophy, law, logic, computer science and artificial intelligence who pay tribute to Professor Risto Hilpinen's impressive work on the logic of induction, on deontic logic and epistemology, and on philosophy of science.In addition to an introduction by the editors, a section on Professor Hilpinen’s positions, professional services and honors, as well as a complete bibliography of his writings,  the editors, McNamara, Jones and Brown, have compiled a multidisciplinary global cross-section of academic contemporaries that provides insights and perspectives on Hilpinen's influence and legacy.The essays reflect central aspects of Risto Hilpinen's research interests, and offer further contributions to some of the philosophical fields for which he is best known: applied modal logic, including deontic logic (from the ancient Greek δέον déon, pertaining to the concepts of duty and obligation), the semantics of normative language, the logic of action, and the theory of practical reasoning; the analysis of the concept of artifact; and the theory of semiotics in the tradition of Charles Peirce. The presence in the collection of several papers relating to deontic logic underlines Hilpinen's importance in that area, in which his publications have long been recognized as standard works. The book is an essential collection of ideas for all those who feel at home in a variety of formal disciplines, from propositional logic to the logic of artificial intelligence.