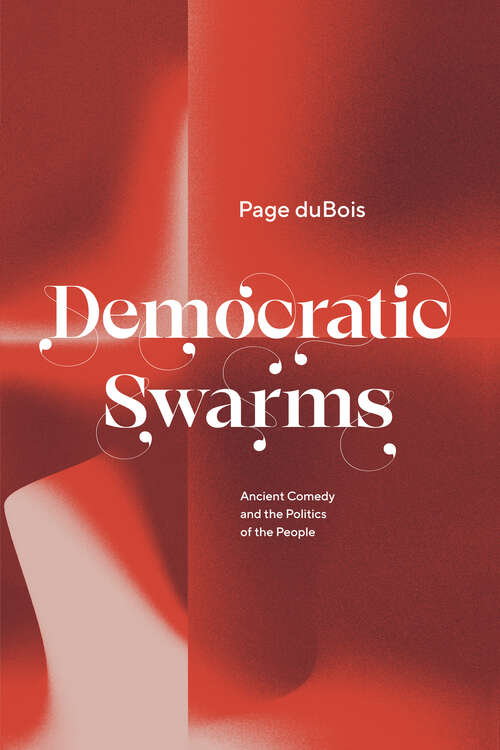 With Democratic Swarms, Page duBois revisits the role of Greek comedy in ancient politics, considering how it has been overlooked as a political medium by modern theorists and critics. Moving beyond the popular readings of ancient Greece through the lens of tragedy, she calls for a revitalized look at Greek comedy. Rather than revisiting the sufferings of Oedipus and his family or tragedy’s relationship to questions of sovereignty, this book calls for comedy—its laughter, its free speech, its wild swarming animal choruses, and its rebellious women—to inform another model of democracy.

Ancient comedy has been underplayed in the study of Greek drama. Yet, with the irrepressible energy of the comic swarm, it provides a unique perspective on everyday life, gender and sexuality, and the utopian politics of the classical period of Athenian democracy. Using the concepts of swarm intelligence and nomadic theory, duBois augments tragic thought with the resistant, utopian, libidinous, and often joyous communal legacy of comedy, and she connects the lively anti-authoritarianism of the ancient comic chorus with the social justice movements of today.

Copyright:
2022 The University of Chicago