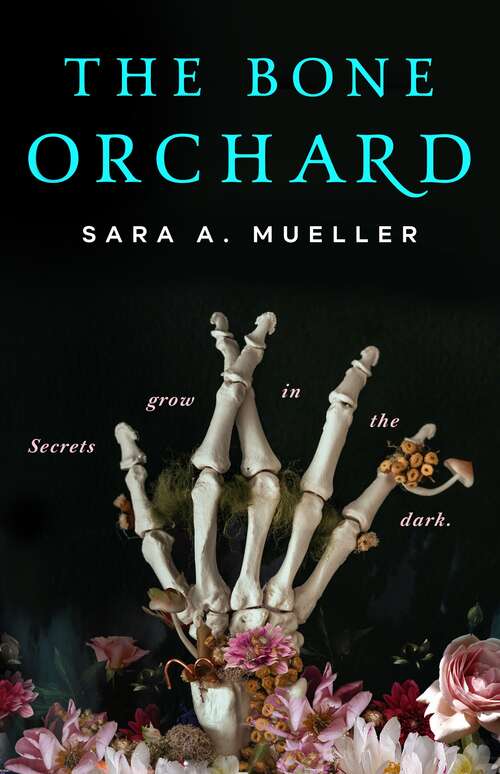 Sara A. Mueller's The Bone Orchard is a fascinating whodunit set in a lush, gothic world of secrets and magic—where a dying emperor charges his favorite concubine with solving his own murder, and preventing the culprit, which undoubtedly is one of his three terrible sons, from taking control of an empire."Mueller creates an intricate and richly characterized world in her gothic fantasy debut." — Buzzfeed"A masterfully woven plot with refreshing narrators."—Publishers WeeklyBOOKPAGE'S MOST ANTICIPATED SFF OF 2022TOR.COM'S MOST ANTICIPATED SFF OF 2022 CRIMERAD'S MOST ANTICIPATED CRIME FICTION OF 2022 GEEKLY INC'S MOST ANTICIPATED OF 2022 Charm is a witch, and she is alone. The last of a line of conquered necromantic workers, now confined within the yard of regrown bone trees at Orchard House, and the secrets of their marrow.Charm is a prisoner, and a survivor. Charm tends the trees and their clattering fruit for the sake of her children, painstakingly grown and regrown with its fruit: Shame, Justice, Desire, Pride, and Pain. Charm is a whore, and a madam. The wealthy and powerful of Borenguard come to her house to buy time with the girls who aren't real.Except on Tuesdays, which is when the Emperor himself lays claim to his mistress, Charm herself.But now—Charm is also the only person who can keep an empire together, as the Emperor summons her to his deathbed, and charges her with choosing which of his awful, faithless sons will carry on the empire—by discovering which one is responsible for his own murder.If she does this last thing, she will finally have what has been denied her since the fall of Inshil—her freedom. But she will also be betraying the ghosts past and present that live on within her heart.Charm must choose. Her dead Emperor’s will or the whispers of her own ghosts. Justice for the empire or her own revenge.At the Publisher's request, this title is being sold without Digital Rights Management Software (DRM) applied.