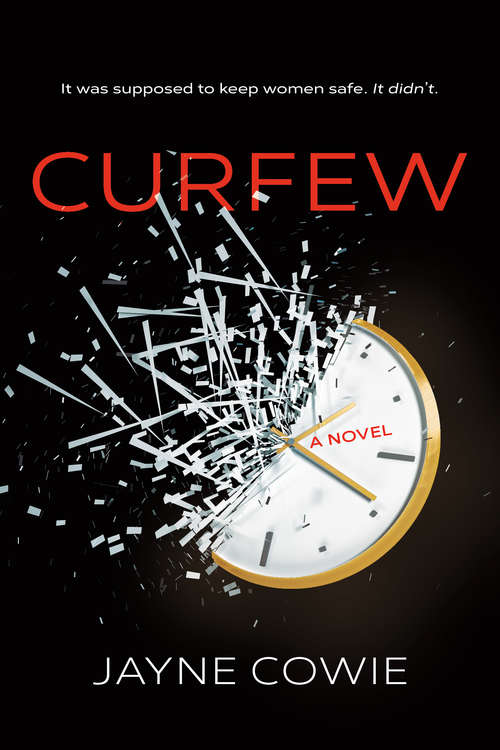 Think The Handmaid's Tale but with the women in charge, set in a world where all men are electronically tagged and placed under strict curfew, and the murder investigation threatening to undo it all.Imagine a near-future Britain in which women dominate workplaces, public spaces, and government. Where the gender pay gap no longer exists and motherhood opens doors instead of closing them. Where women are no longer afraid to walk home alone, to cross a dark parking lot, or to catch the last train. Where all men are electronically tagged and not allowed out after 7 p.m. But the curfew hasn&’t made life easy for all women. Sarah is a single mother who happily rebuilt her life after her husband, Greg, was sent to prison for breaking curfew. Now he&’s about to be released, and Sarah isn&’t expecting a happy reunion, given that she&’s the reason he was sent there. Her teenage daughter, Cass, hates living in a world that restricts boys like her best friend, Billy. Billy would never hurt anyone, and she&’s determined to prove it. Somehow. Helen is a teacher at the local school. Secretly desperate for a baby, she&’s applied for a cohab certificate with her boyfriend, Tom, and is terrified that they won&’t get it. The last thing she wants is to have a baby on her own. These women don&’t know it yet, but one of them is about to be violently murdered. Evidence will suggest that she died late at night and that she knew her attacker. It couldn&’t have been a man because a CURFEW tag is a solid alibi. Isn&’t it?