A Time to Laugh 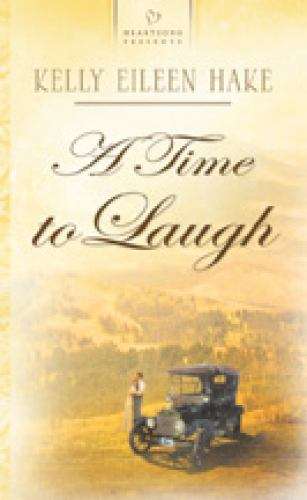 He'd seen the eyes whose sparkle teased him his entire life awash with tears of joy. Everyone knew Nessa wanted to be his wife-Nessa herself had made sure of it. So why did she flee what she claimed to have wanted so badly?

Nothing is sure when it comes to women. Michael's words from earlier that day rose to his thoughts.

Fair enough, Isaac allowed. But it wasn't unreasonable to assume that the woman who had been all but a man's betrothed since the cradle should accept his proposal. Really, asking the question itself was more a formality than anything else.

To think he'd wasted so much thought and time in preparing his proposal! He kicked the stone upon which she'd sat, dislodging smaller pieces to rain on the grass beneath. How dare she refuse him? Nessa had led him on for years only to reject him when he came to the sticking point? Unbelievable!

He strode through the woods, breaths coming fast and shallow as he stomped away from the site of his humiliation. Nessa was his by rights. Her willingness to be his bride was owed him. How could she turn her back on him as though his offer was hardly worth the breath it took her to refuse?

Lord, I pushed aside my own desires to shoulder my responsibility to Nessa and our families. I longed to choose my own wife, lay the path Tdfollow, but knew it wasn't my place to flout the plan You had for me. I bowed to what I believed to be Your will. How could I make such a mistake?