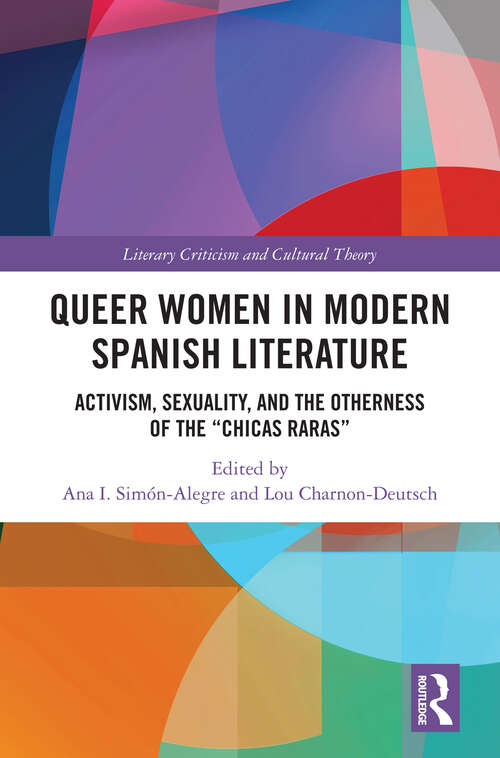 By: Ana I. Simón-Alegre and Lou Charnon-Deutsch
Login
Sign Up

This original collection of essays explores the work and life choices of Spanish women who, through their writings and social activism, addressed social justice, religious dogmatism, the educational system, gender inequality, and tensions in female subjectivity. It brings together writers who are not commonly associated with each other, but whose voices overlap, allowing us to foreground their unconventionality, their relationships to each other, and their relation to modernity.

The objective of this volume is to explore how the idea of "queerness" played an important role in the personal lives and social activism of these writers, as well as in the unconventional and nonconformist characters they created in their work. Together, the essays demonstrate that the concept of "queer women" is useful for investigating the evolution of women’s writing and sexual identity during the period of Spain’s fitful transition to modernity in the nineteenth century. The concept of queerness in its many meanings points to the idea of non-normativity and gender dissidence that encompasses how women intellectuals experienced friendship, religion, sex, sexuality, and gender. The works examined include autobiography, poetry, memoir, salon chronicles, short and long fiction, pedagogical essays, newspaper articles, theater, and letters.

In addition to exploring the significant presence of queer women in nineteenth- and twentieth-century Spanish literature and culture, the essays examine the reasons why the voices of Spanish women authors have been culturally silenced. One thrust in this collection explores generational transitions of Spanish writers from the romantics and their "hermandad lírica" ("lyrical sisterhood") through to "las Sinsombrero" ("Women Without Hats"), and finally, current Spanish writers linked to the LGBTQ+ community.