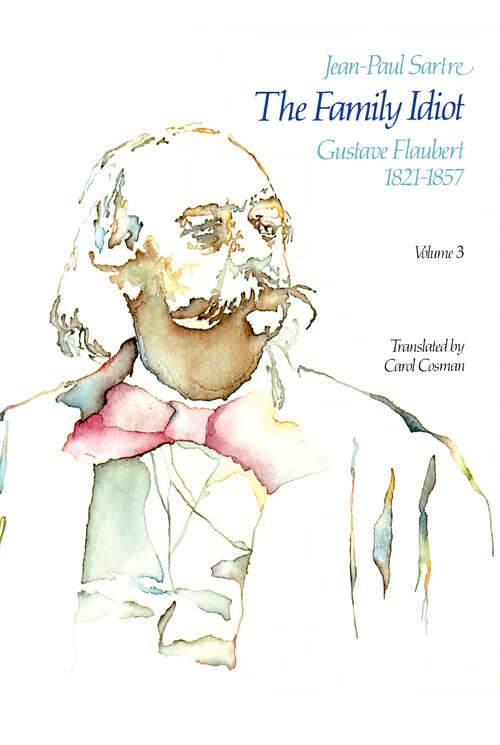 Seen by many as the culmination of Sartre's thought and project, and viewed by Sartre himself as an attempt to answer the question, "What, at this point in time, can we know about a man?" this monumental work continues to perplex its fascinated critics and admirers, who have argued about its precise nature. However, as reviews of the first volume in this translation agreed, whatever The Family Idiot may be called—"a dialectic" (Fredric Jameson, New York Times Book Review); "biography, philosophy, or politics? Surely . . . all of these together" (Renee Winegarten, Commentary); "a new form of fiction?" (Victor Brombert, Times Literary Supplement); or simply, "mad, of course" (Julian Barnes, London Review of Books)—its prominent place in intellectual history is indisputable.

Volume 3 consists of "School Years" and "Preneurosis," which are the second and third books of part 2 of the original French work. In vivid detail, Sartre renders Flaubert's secondary-school experiences and relationships: his part in a student rebellion against the faculty, his teenage infatuation with Romantic literature, his friendships and rivalries with his classmates, and the ironies inherent in the schoolboys' bourgeois existence. Sartre then discusses Flaubert's years at law school, where he studied at his father's insistence. This volume also contains Sartre's most sustained analysis of Madame Bovary. Sartre's approach to his complex subject, whether jaunty or judicious, psychoanalytical or political, is captured in all of its rich variety in Carol Cosman's translation.