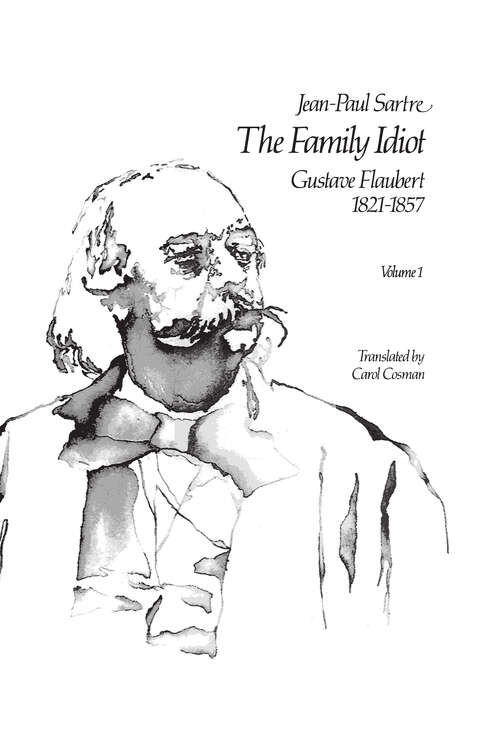 That Sartre's study of Flaubert, The Family Idiot, is a towering achievement in intellectual history has never been disputed. Yet critics have argued about the precise nature of this novel, or biography, or "criticism-fiction" which is the summation of Sartre's philosophical, social, and literary thought. Sartre writes, simply, in the preface to the book: "The Family Idiot is the sequel to The Question of Method. The subject: what, at this point in time, can we know about a man? It seemed to me that this question could only be answered by studying a specific case."

"A man is never an individual," Sartre writes, "it would be more fitting to call him a universal singular. Summed up and for this reason universalized by his epoch, he in turn resumes it by reproducing himself in it as singularity. Universal by the singular universality of human history, singular by the universalizing singularity of his projects, he requires simultaneous examination from both ends." This is the method by which Sartre examines Flaubert and the society in which he existed.

Now this masterpiece is being made available in an inspired English translation that captures all the variations of Sartre's style—from the jaunty to the ponderous—and all the nuances of even the most difficult ideas. Volume 1 consists of Part One of the original French work, La Constitution, and is primarily concerned with Flaubert's childhood and adolescence.