The White House is Burning 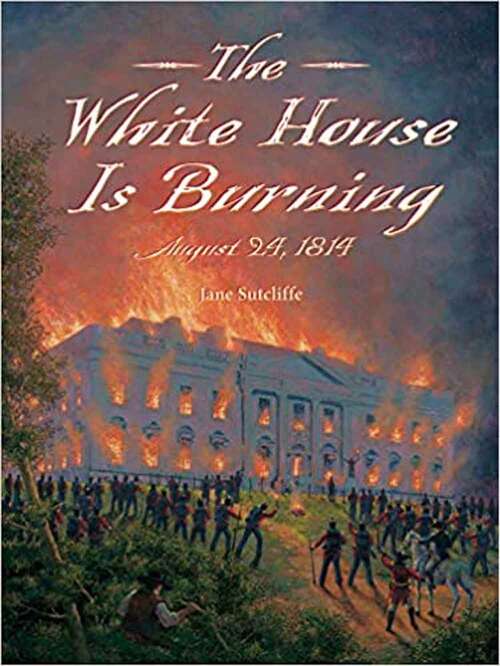 This "biography of a single day" captures the burning of the White House by the British during the War of 1812 from the viewpoint of the people who were there, including First Lady Dolley Madison, a British officer, and a nine-year-old slave.

In the early hours before dawn, a cry went out that the British were advancing on Washington, D.C. America was two years into another war—The War of 1812. By nightfall on the 24th, British soldiers were setting fire to D.C., starting with the Navy Yard, then the Capitol and the White House, where First Lady Dolley Madison still kept watch.

Jane Sutcliffe draws upon first-person accounts to recreate a compelling chronology of the events of August 24, 1814.