'Our Place In Al-andalus' 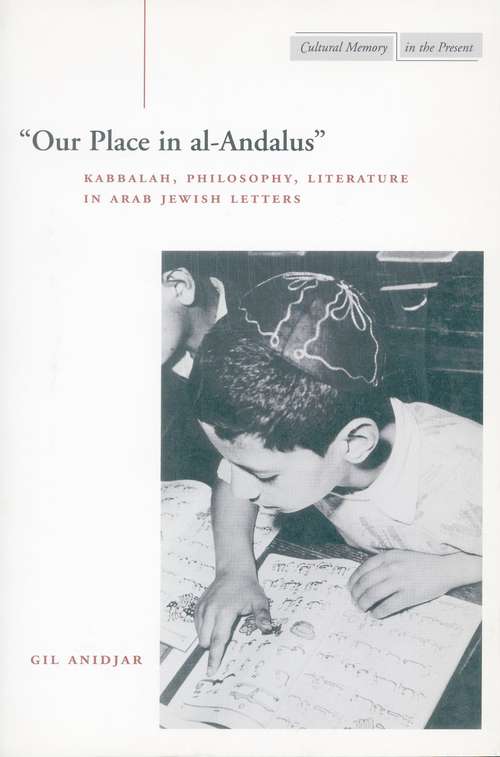 The year 1492 is only the last in a series of "ends" that inform the representation of medieval Spain in modern Jewish historical and literary discourses. These ends simultaneously mirror the traumas of history and shed light on the discursive process by which hermetic boundaries are set between periods, communities, and texts. This book addresses the representation of the twelfth and thirteenth centuries as the end of al-Andalus (Islamic Spain). Here, the end works to locate and separate Muslim from Christian Spain, Jews from Arabs, philosophy from Kabbalah, Kabbalah from literature, and texts from contexts.

The book offers a reading of texts that emerge from its Andalusi, Jewish, and Arabic cultural sphere: Maimonides' Guide of the Perplexed; the major text of Kabbalah, the Zohar; and the Arabic rhymed prose narrative of Ibn al-Astarkuwi. The author argues that these texts are written in a language that disrupts the possibility of locating it in a pre-existing cultural situation, a recognizable literary tradition, or a particular genre.

At stake are issues―texts and contexts―that have gained particular urgency in the writings of such recent thinkers as Walter Benjamin, Jacques Derrida, Giorgio Agamben, Jean-Luc Nancy, and Avital Ronell. The book reads the place and taking place of language, interrogating the notion of disappearing contexts and the view that language is derivative of its true place, the context that, having ended, is mourned as silent and lost.

Copyright:
2002 Board of Trustees of the Leland Stanford Junior University