Fragments of the City 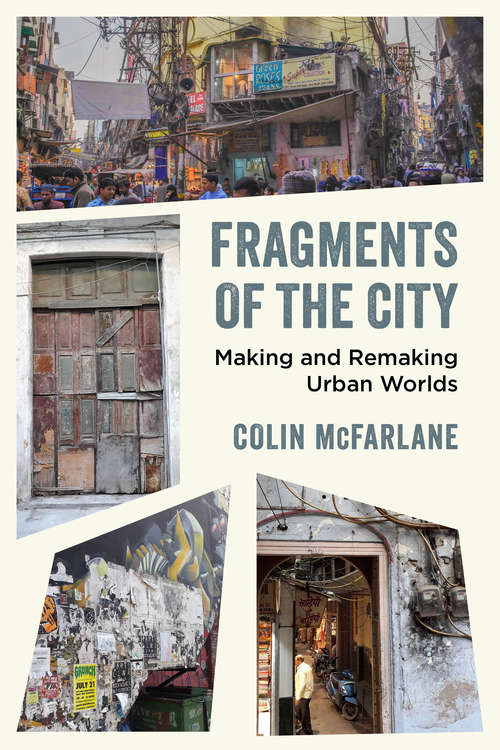 Cities are becoming increasingly fragmented materially, socially, and spatially. From broken toilets and everyday things, to art and forms of writing, fragments are signatures of urban worlds and provocations for change. In Fragments of the City, Colin McFarlane examines such fragments, what they are and how they come to matter in the experience, politics, and expression of cities. How does the city appear when we look at it through its fragments? For those living on the economic margins, the city is often experienced as a set of fragments. Much of what low-income residents deal with on a daily basis is fragments of stuff, made and remade with and through urban density, social infrastructure, and political practice. In this book, McFarlane explores infrastructure in Mumbai, Kampala, and Cape Town; artistic montages in Los Angeles and Dakar; refugee struggles in Berlin; and the repurposing of fragments in Hong Kong and New York. Fragments surface as material things, as forms of knowledge, as writing strategies. They are used in efforts to politicize the city and in urban writing to capture life and change in the world's major cities. Fragments of the City surveys the role of fragments in how urban worlds are understood, revealed, written, and changed.