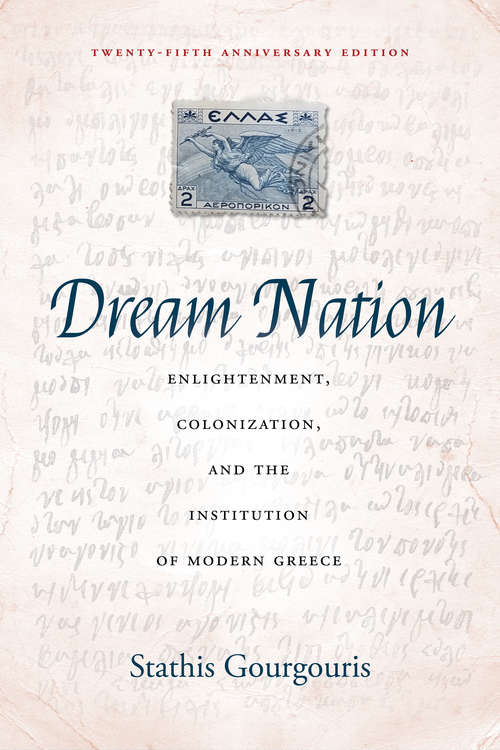 Against the backdrop of ever-increasing nationalist violence during the last decade of the twentieth century, this book challenges standard analyses of nation formation by elaborating on the nation's dream-like hold over the modern social imagination. Stathis Gourgouris argues that the national fantasy lies at the core of the Enlightenment imaginary, embodying its central paradox: the intertwining of anthropological universality with the primacy of a cultural ideal.

Crucial to the operation of this paradox and fundamental in its ambiguity is the figure of Greece, the universal alibi and cultural predicate behind national-cultural consolidation throughout colonialist Europe. The largely unpredictable institution of a modern Greek nation in 1830 undoes the interweaving of Enlightenment and Philhellenism, whose centrifugal strands continue to unravel the certainty of European history, down to the internal predicaments of the European Union or the tragedy of the Balkan conflicts.

This 25th Anniversary edition of the book includes a new preface by the author in which he situates the book's original insights in retrospect against the newer developments in the social and political conditions of a now globalized world: the neocolonial resurgence of nationalism and racism, the failure of social democratic institutions, the crisis of sovereignty and citizenship, and the brutal conditions of stateless peoples.

Copyright:
2021 the Board of Trustees of the Leland Stanford Junior University.