Flint Trade in the Protohistoric Levant 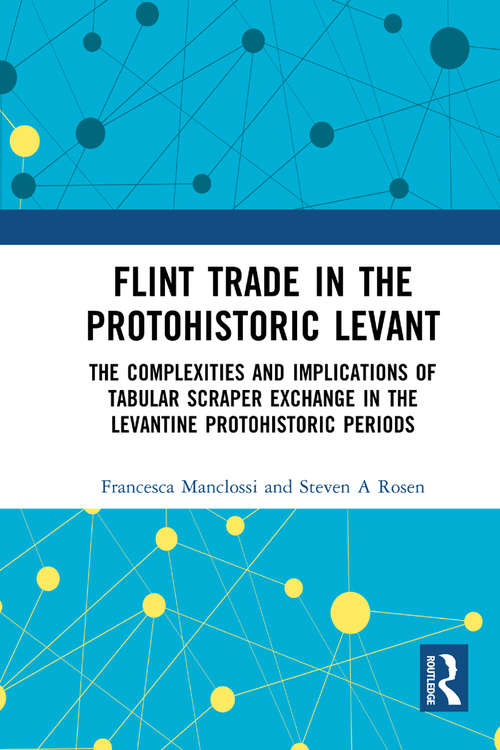 By: Francesca Manclossi • Steven A Rosen
Login
Sign Up

Flint Trade in the Protohistoric Levant offers an in-depth case study of the production and exchange of tabular scrapers. Crossing cultural and ecological boundaries and traded from the desert to the settled zone, these tools encompassed both ritual and quotidian functions over the course of well over the two millennia of the existence of the exchange system.

Analyses focus on the changing nature of the production systems, dynamics of value in changing contexts of production and use, ritual contexts and meaning. Extending throughout the Levant, the tabular scraper complex is compared and contrasted to other contemporary production and exchange systems (ceramics, chipped stone, ground stone, copper, beads), offering a rich picture of the complexities of late prehistoric trade, transcending linear evolutionary frameworks, and simple models. Adopting a chaîne opératoire approach to the use-life of the artifacts, the artifacts can be seen to transform over time and place, made, used, recycled, and ultimately discarded, each stage in its own cultural contexts. The rise and decline of this exchange complex reflects both the geo-political history of the region and the general role of lithic industries in these societies.

Focusing on late prehistoric times in the Near East, the discussions will of relevance to all researchers interested in the role of exchange in the evolution of complex economies. It offers an analysis of exchange systems based on a matrix of factors which should be of interest to all researchers interested in the evolution of trade.