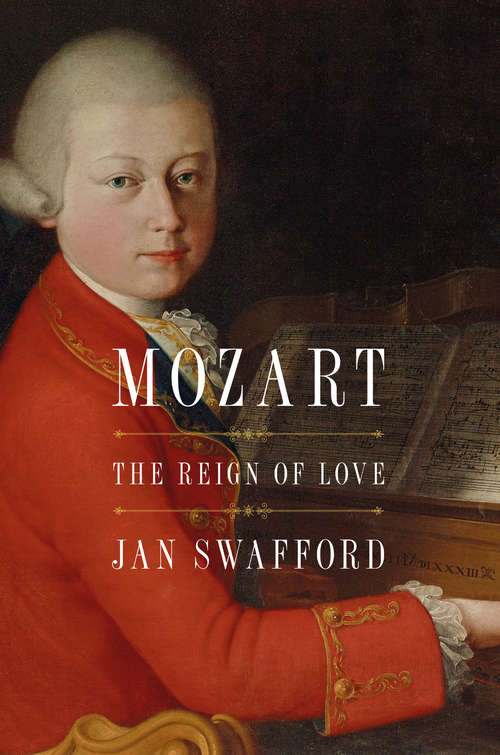 From the acclaimed composer and biographer Jan Swafford comes the definitive biography of one of the most lauded musical geniuses in history, Wolfgang Amadeus Mozart.At the earliest ages it was apparent that Wolfgang Mozart’s singular imagination was at work in every direction. He hated to be bored and hated to be idle, and through his life he responded to these threats with a repertoire of antidotes mental and physical. Whether in his rabidly obscene mode or not, Mozart was always hilarious. He went at every piece of his life, and perhaps most notably his social life, with tremendous gusto. His circle of friends and patrons was wide, encompassing anyone who appealed to his boundless appetites for music and all things pleasurable and fun.Mozart was known to be an inexplicable force of nature who could rise from a luminous improvisation at the keyboard to a leap over the furniture. He was forever drumming on things, tapping his feet, jabbering away, but who could grasp your hand and look at you with a profound, searching, and melancholy look in his blue eyes. Even in company there was often an air about Mozart of being not quite there. It was as if he lived onstage and off simultaneously, a character in life’s tragicomedy but also outside of it watching, studying, gathering material for the fabric of his art.Like Jan Swafford’s biographies Beethoven and Johannes Brahms, Mozart is the complete exhumation of a genius in his life and ours: a man who would enrich the world with his talent for centuries to come and who would immeasurably shape classical music. As Swafford reveals, it’s nearly impossible to understand classical music’s origins and indeed its evolutions, as well as the Baroque period, without studying the man himself.