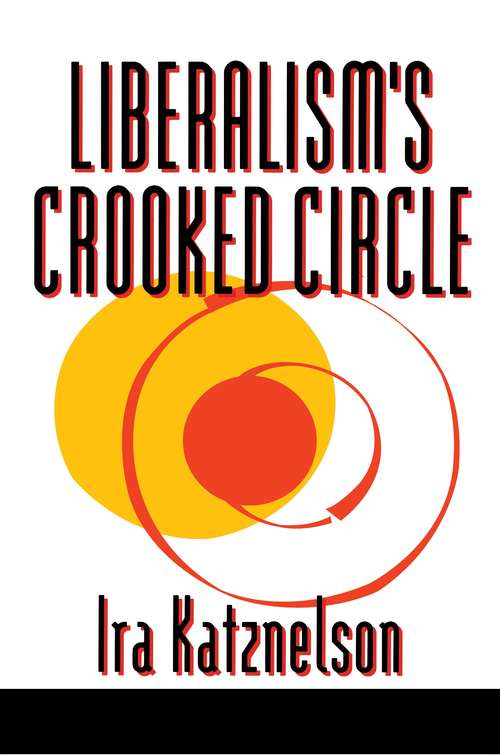 This book is a profoundly moving and analytically incisive attempt to shift the terms of discussion in American politics. It speaks to the intellectual and political weaknesses within the liberal tradition that have put the United States at the mercy of libertarian, authoritarian populist, nakedly racist, and traditionalist elitist versions of the right-wing; and it seeks to identify resources that can move the left away from the stunned intellectual incoherence with which it has met the death of Bolshevism. In Ira Katznelson's view, Americans are squandering a tremendous ethical and political opportunity to redefine and reorient the liberal tradition. In an opening essay and two remarkable letters addressed to Adam Michnik, who is arguably East Europe's emblematic democratic intellectual, Katznelson seeks to recover this possibility. By examining issues that once occupied Michnik's fellow dissidents in the Warsaw group known as the Crooked Circle, Katznelson brings a fresh realism to old ideals and posits a liberalism that "stares hard" at cruelty, suffering, coercion, and tyrannical abuses of state power. Like the members of Michnik's club, he recognizes that the circumference of liberalism's circle never runs smooth and that tolerance requires extremely difficult judgments. Katznelson's first letter explores how the virtues of socialism, including its moral stand on social justice, can be related to liberalism while overcoming debilitating aspects of the socialist inheritance. The second asks whether liberalism can recognize, appreciate, and manage human difference. Situated in the lineage of efforts by Richard Hofstadter, C. Wright Mills, and Lionel Trilling to "thicken" liberalism, these letters also draw on personal experience in the radical politics of the 1960s and in the dissident culture of East and Central Europe in the years immediately preceding communism's demise. Liberalism's Crooked Circle could help foster a substantive debate in the American elections of 1996 and determine the contents of that desperately needed discussion.