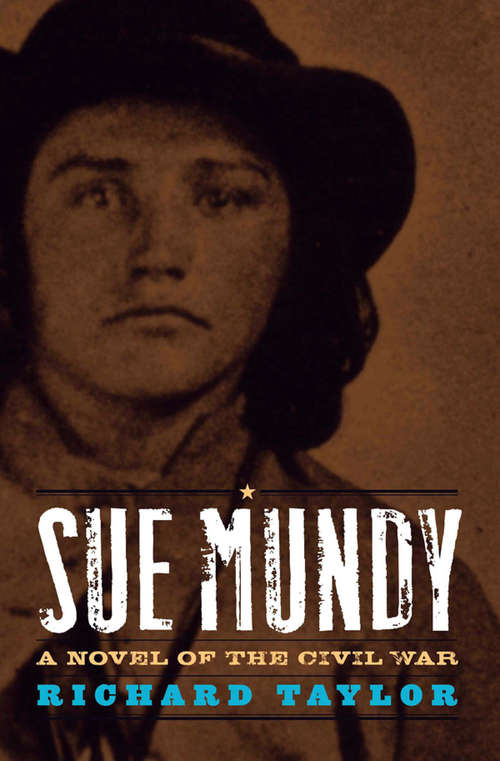 A teenage boy fighting in the American Civil War becomes a Kentucky legend in this historical novel by the author of Girty and Elkhorn.October 11, 1864. The Civil War rages on in Kentucky, where Union and Confederate loyalties have turned neighbors into enemies and once-proud soldiers into drifters, thieves, and outlaws. Stephen Gano Burbridge, radical Republican and military commander of the district of Kentucky, has declared his own war on this new class of marauding guerrillas, and his weekly executions at Louisville’s public commons draw both crowds and widespread criticism.In this time of fear and division, a Kentucky journalist created a legend: Sue Mundy, female guerrilla, a “she-devil” and “tigress” who was leading her band of outlaws across the state in an orgy of greed and bloodshed. Though the “Sue Mundy” of the papers was created as an affront to embarrass Union authorities, the man behind the woman—twenty-year-old Marcellus Jerome Clarke—was later brought to account for “her” crimes. Historians have pieced together clues about this orphan from southern Kentucky whose idealism and later disillusionment led him to his fate, but Richard Taylor’s work of imagination makes this history flesh—an exciting story of the Civil War told from the perspective of one of its most enigmatic figures.Sue Mundy opens in 1861, when fifteen-year-old Jerome Clark, called “Jarom,” leaves everyone he loves—his aunt, his adopted family, his sweetheart—to follow his older cousin into the Confederate infantry. There, confronted by the hardships of what he slowly understands is a losing fight, Jarom’s romanticized notions of adventure and heroism are crushed under the burdens of hunger, sleepless nights, and mindless atrocities. Captured by Union forces and imprisoned in Camp Morton, Jarom makes a daring escape, crossing the Ohio River under cover of darkness and finding refuge and refreshed patriotic zeal first in Adam R. Johnson’s Tenth Kentucky Calvary, then among General John Hunt Morgan’s infamous brigade. Morgan’s shocking death in 1864 proves a bad omen for the Confederate cause, as members of his group of raiders scatter—some to rejoin organized forces, others, like Jarom, to opt for another, less civilized sort of warfare. Displaced and desperate for revenge, Jarom and his band of Confederate deserters wreak havoc in Kentucky: a rampage of senseless murder and thievery in an uncertain quest to inflict punishment on Union sympathizers. Long-locked and clean-shaven, Jarom is mistakenly labeled female by the media—but Sue Mundy is about more than the transformation of a man into a woman, and then a legend. Ironically, Sue Mundy becomes the persona by which Jarom’s darkest self is revealed, and perhaps redeemed.Praise for Sue Mundy“Fans of the Civil War and historical military fiction will appreciate the author’s depiction of war in a border state.” —Publishers Weekly“Taylor’s gift here is to bring history alive. His writing has always been informed by a deep love and affinity for history?his poetry and his fiction?particularly as it relates to the present.” —Louisville Courier-Journal