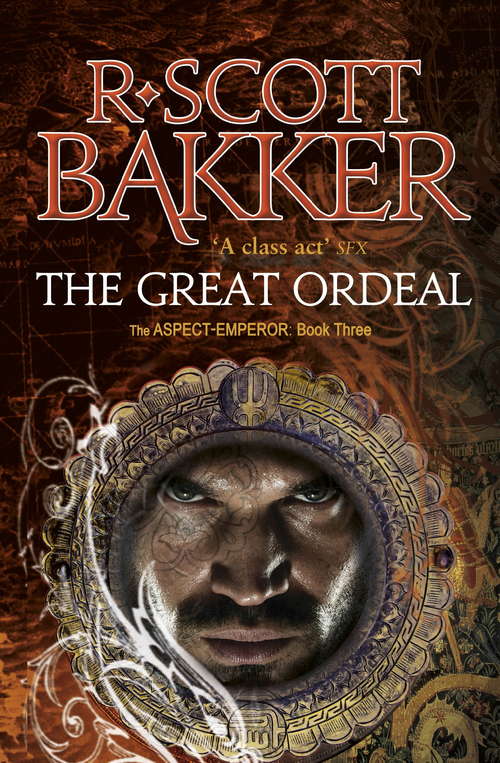 'With The Great Ordeal, the penultimate book in The Aspect-Emperor series, Bakker begins to betray the final mysteries of his cosmos, feeding and goading readers more than in any of the preceding novels... Page for page, this volume was a most haunting pleasure to read.' - Bakkerfans 'The Great Ordeal is a stunning addition to the series, go and buy it as soon as it is available. Seethes with intelligence, action and revelation and is a worthwhile continuation of the smartest epic fantasy of our generation.' - The WertzoneAs Fanim war-drums beat just outside the city, the Empress Anasurimbor Esmenet searches frantically throughout the palace for her missing son Kelmomas. Meanwhile and many miles away, Esmenet's husband's Great Ordeal continues its epic march further north. But in light of dwindling supplies, the Aspect-Emperor's decision to allow his men to consume the flesh of fallen Sranc could have consequences even He couldn't have foreseen. And, deep in Ishuäl, the wizard Achamian grapples with his fear that his unspeakably long journey might be ending in emptiness, no closer to the truth than when he set out.The Great Ordeal is the new novel in R. Scott Bakker's acclaimed Aspect-Emperor series, set in a vivid world of myth, war and sorcery. A series that stands alongside the finest in the genre, for its grand scope, rich detail and thrilling story.Books by R Scott Baker:Prince of Nothing TrilogyThe Darkness That Comes BeforeThe Warrior-ProphetThe Thousandfold ThoughtAspect-EmperorThe Judging EyeThe White Luck WarriorThe Great OrdealThe Unholy ConsultNovelsNeuropathDisciple of the DogLight, Time, and Gravity