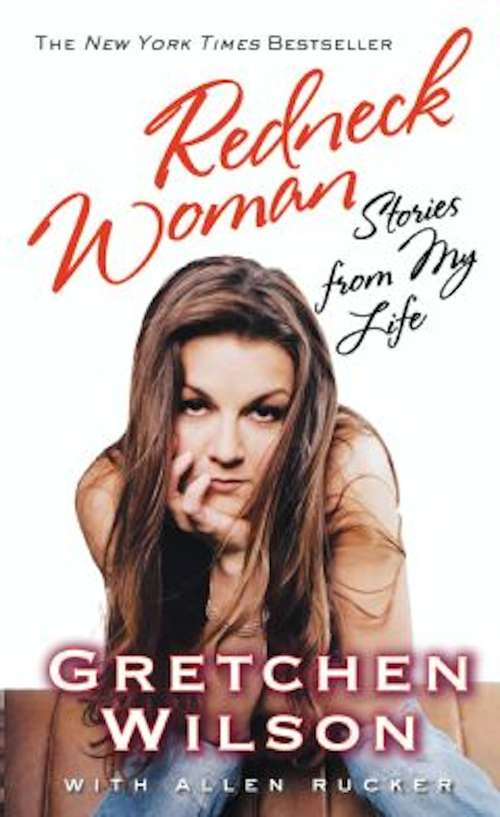 Raised by a single mom in rural Illinois, Gretchen Wilson's formal education concluded in the eighth grade when she traded books for tending bar at Big O's, a rough-and-tumble joint on the outskirts of Pocahontas, IL. By the time she was 15, Gretchen was managing the place with the help of a loaded 12-gauge behind the bar to keep folks in line. Though he was long gone, Wilson's father had instilled a love of music in his daughter that blossomed on stage at Big O's where she found herself fronting a cover band and eyeing a move to Nashville in search of something more. Another town, struggling in another bar job, but again her gift for music won out. Discovered while singing with the house band at a bar in Nashville's famed Printer's Alley, Gretchen Wilson soon joined the ranks of the Muzik Mafia and the rest is history. In less than one calendar year she went from worrying about the repossession of her car to being one of the most successful recording stars in the world. Co-written by acclaimed and New York Times bestselling author Allen Rucker, the book will cover this inspiring All-American success story while providing a fun, and insightful look in on the kind of strength, will, and humor that have allowed Wilson to reclaim the term "Redneck" and recast it as a point of pride for millions of her fans. Whether she discusses her fashion preferences (Wal-Mart over Victoria's Secret), her choice of beer over champagne, her views on family, or the artists who've helped her to carve out the path she currently walks (Tammy Wynette, Loretta Lynn, Merle Haggard, etc.), Wilson's signature knack for storytelling and connecting with her audience on that authentically real level translates seamlessly to the page and offers a new and exciting glimpse at one of America's most beloved performers.