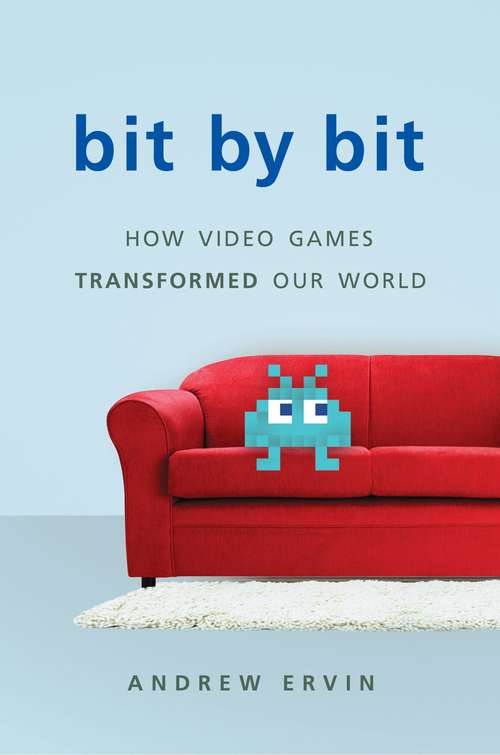 An acclaimed novelist and critic argues that video games are the most vital art form of our timeVideo games have been around for decades, but only in recent years have they gone truly mainstream. Today, the majority of American households play video games, almost half of gamers are women, and professional video game tournaments attract more viewers than the World Series. Yet we still don't take games seriously, preferring to see them as little more than entertaining diversions, a means of making the commute go by a little more quickly.In Bit by Bit, a blend of history, memoir, and reportage, Andrew Ervin sets out to understand the explosive popularity of this often maligned cultural form. He travels to government laboratories, junk shops, and art museums. He scientists and hobbyists, critics and game makers. He installs a full-sized and obscenely loud Donkey Kong arcade cabinet in his basement, and plays enough Minecraft to suffer from "Minecraft syndrome," the effect of seeing objects in real life as poorly rendered blocks.In exploring the material, technological, and business history of video games, from Tennis for Two (1958) to Pokemon Go and beyond, Ervin shows how games constitute a unique storytelling medium that offers us startling new ways to think about our lives and the world around us. And he argues that the best games, as defined by the aesthetic and even political ambitions of their creators, rise to the level of art. In this witty, searching book, Ervin explains the immense power of games--and why their reign will be long.