The Prince, the Princess and the Perfect Murder 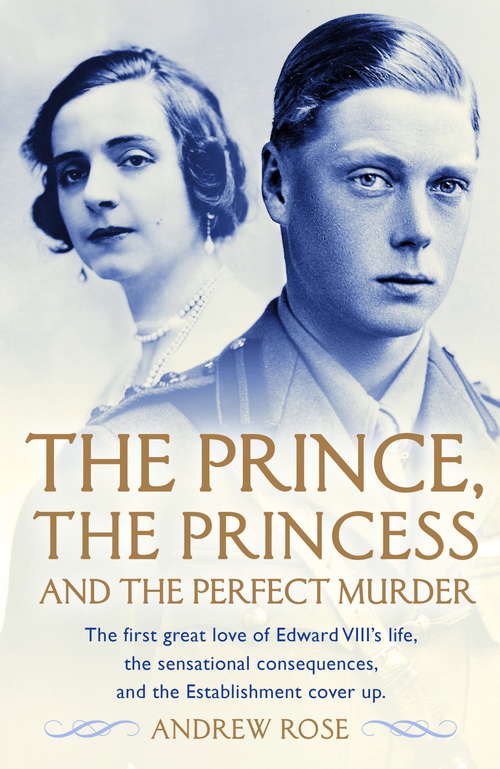 The royal family's darkest secret and the establishment cover-up. Half a century before Dodi and Diana, another Prince of Wales would be involved in a deadly love triangle with a fabulously wealthy Egyptian "prince." Prince Edward was the future King of England, a destiny he would famously forsake over his love for Wallis Simpson. But two decades prior he was involved in another love affair that threatened to jeopardize the royal family. The story took place in maisons de rendezvous, luxurious chateaux in the French countryside providing hospitality for the British upper classes, the richest food, the finest wines and the most beautiful women, the violent and dangerous Paris demi-monde - where many of the women came from - and the Savoy hotel in London, where a murder was committed. This major royal scandal, superbly covered up by the Royal family, the government and the judiciary has remained secret ever since.This is the story of a passionate and deadly love affair set against the dramatic backdrop of the Great War. Edward was enthralled by the 'crazy physical attraction' of Marguerite Alibert, queen of the Paris demi-monde. When he broke off their hidden relationship, Edward thought that he was free of Marguerite. He was wrong. After the war, as a violent thunderstorm raged outside the luxurious Savoy Hotel in London Marguerite fired three shots from a semi-automatic pistol. Her husband, and Egyptian multimillionaire and playboy, was shot dead at point blank range. Marguerite stood trial for murder at the Old Bailey. As Prince Charming and poster boy of the British Empire, Edward now risked exposure as a degenerate wastrel, partying behind the lines while thousands were blown away on the Western Front.Andrew Rose, using his long experience as a barrister and judge, has uncovered a royal scandal carefully airbrushed from history. Edward never quite escaped from Marguerite who had taught the arts of love to a once and future King.The Prince, the Princess and the Perfect Murder is the product of several years' research, accessing unpublished documents held in the Royal Archives and private collections in England and France.