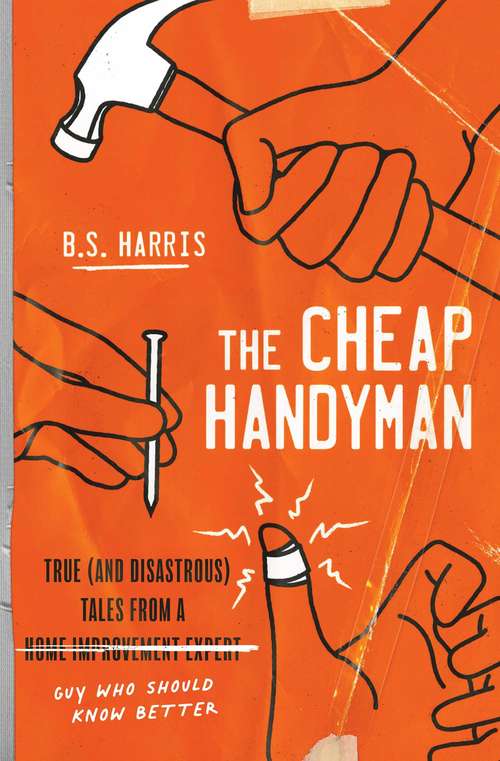 This Old House meets #HomeImprovementFails in this collection of laugh-out-loud essays, perfect for fans of Nick Offerman, CarTalk, or The Red Green Show. &“This book is all the fix-it you need for your hurt home improvement ego.&” —Harrison Scott Key, Thurber-prize winning author of The World's Largest ManMeet Brian Harris, a (mostly) retired, self-proclaimed jack of all trades with a penchant for DIY and inventive money-saving schemes. Armed with a soldering gun, his trusty nine-foot ladder, and of course the handyman&’s secret weapon—duct tape—Brian&’s projects start out as simple chores: trim a tree branch, stain the cedar siding on his home...but all too often they end in costly disaster. Sometimes he&’s trying to do the right thing, like the time he wrecked his pool while saving some baby ducks. Often, he channels his inner MacGyver: he once taped his hockey skate back together so he could finish his rec-league game, only to get suspended for falling on the referee when it broke (again). But usually he&’s just being, well, cheap! Like the time he inadvertently destroyed a $295 car key fob because he wouldn&’t pay the (outrageous) $10 fee to have the battery professionally replaced. In The Cheap Handyman, Brian anthologizes his hard-won wisdom, teaching us how (not) to cut down a tree, what to do if a stray cat has kittens in your HVAC system, three very incorrect uses for duct tape, the manifold hazards of pool maintenance, and more. Filled with unforgettable true stories from the everyday life of an average guy just trying to save a few bucks, The Cheap Handyman is a delightful tribute to anyone who has ever thought, &“Sure! I can do that!&”