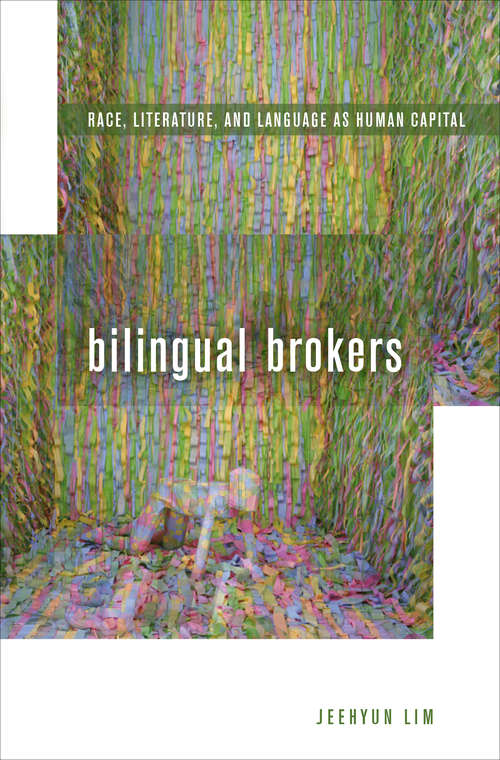 Reading Asian American and Latino literature, Bilingual Brokers traces the shift in attitudes toward bilingualism in postwar America from the focus on cultural assimilation to that of resource management. Interweaving the social significance of language as human capital and the literary significance of English as the language of cultural capital, Jeehyun Lim examines the dual meaning of bilingualism as liability and asset in relation to anxieties surrounding “new” immigration and globalization.

Using the work of Younghill Kang, Carlos Bulosan, Américo Paredes, Maxine Hong Kingston, Richard Rodriguez, Chang-rae Lee, Julia Alvarez, and Ha Jin as examples, Lim reveals how bilingual personhood illustrates a regime of flexible inclusion where an economic calculus of one’s value crystallizes at the intersections of language and racial difference. By pointing to the nexus of race, capital, and language as the focal point of postwar negotiations of difference and inclusion, Bilingual Brokers probes the faultlines of postwar liberalism in conceptualizing and articulating who is and is not considered to be an American.