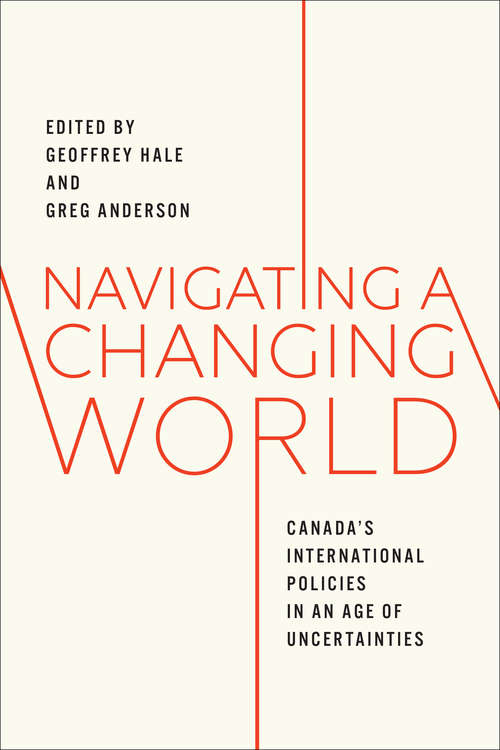 The negotiation of the Canada–United StatesU.S. Free Trade Aagreement in 1985–88 initiated a period of substantially increased North American, and later, global, economic integration. However, events since the election of Donald Trump in 2016 have created the potential for major policy shifts arising from NAFTA’s renegotiation and from continuing political uncertainties in the United States and with Canada’s other major trading partners.

Navigating a Changing World draws together scholars from both countries to examine Canada–U.S. policy relations, the evolution of various processes for regulating market and human movements across national borders, and the specific application of these dynamics to a cross-section of policy fields with significant implications for Canadian public policy. This bookIt explores the interaction impact of territorial institutions and extra-territorial forces – institutional, economic, and technological, among others – on interactions across national borders, both within North America and, where relevant, in broader economic relationships affecting the movement of goods, services, people, and capital. Above all, Navigating a Changing World represents the first major study to address Canada’s international policy relations within and beyond North America since the elections of Justin Trudeau in 2015 and Donald Trump in 2016 and the renegotiation of NAFTA.